Start a Wiki
Liza Randall (Cheryl Holdridge) is a villainess in the 1964 episode "The Girl Reporter", for the TV series "Bewitched".

Liza is a teenage reporter who has her sights set on Darrin, Samantha’s husband.  Before the episode occurred, it appears that Liza had fallen in love with Darrin and decided to interview and seduce him. Liza first appears when Darrin invites her over. The beauty flirts outrageously with Darrin, clearly making Samantha jealous. Then she proposes that Darrin show her around his workplace at 9:00 AM the day after.

Samantha, believing that it will be an informal affair, is not happy when Miss Randall shows up all dolled up and ready for the occasion. Liza and Darrin drive away. However, soon after they leave, Liza’s fiance Marvin Grogan “Monster” (Roger Ewing) appears and tells Samantha about her attempted adultery. While Liza is having a tour, Samantha tries to make Monster understand that Liza is just an immature teenager; this causes him to develop feelings for the ‘mature’ Samantha.

Later, during the tour, Darrin is giving her a lecture about sales and Liza, obviously bored, pours herself and Darrin a drink, stupidly mixing a lot of alcohol together. She’s brings it over to him, intending to make him drunk but the alcohol is spilled all over them! An angry Darrin tries to give her a talking to but they accidentally slip and he lands on top of the man-hungry teen. This causes Darrin’s boss to believe that he is committing adultery.

Darrin and Liza return home to discover Samantha and Monster. Darrin incorrectly believes that Monster and Samantha are together. Then, Monster tries to fight with Darrin, believing that he and Liza are in a relationship. However, he is eventually persuaded not to fight and he and Liza are kicked out the house.

While walking down the road, Liza deceives Monster into thinking that Darrin was trying to have an affair with her so he would take her back. This causes him to go back to Darrin and Samantha’s house to beat Darrin up, with Liza running behind him to tell him not to.

At the house, Monster tries to beat Darrin up, but Samantha uses her magic to ensure that his hands get badly injured before they even touch Darrin. Liza, furious at Darrin for ‘ruining’ his hands, slaps him and walks away with monster in tow. This can be considered a happy ending as Liza has fallen back in love with monster. 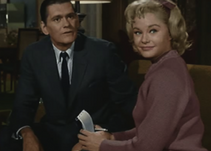 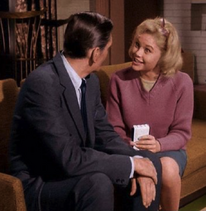 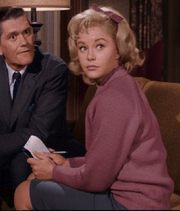 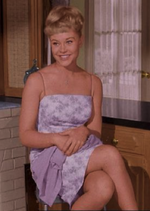 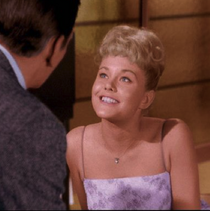 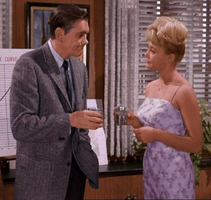 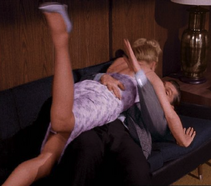 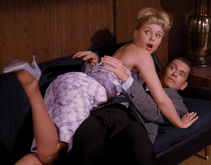 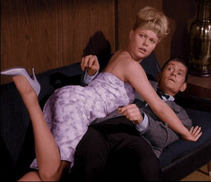 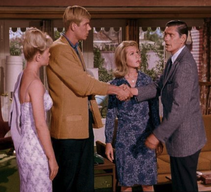 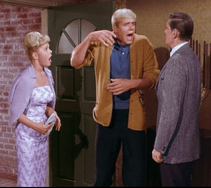 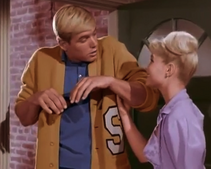 Add a photo to this gallery
Retrieved from "https://femalevillains.fandom.com/wiki/User_blog:Doalfe/Liza_Randall_(Bewitched)?oldid=120187"
Community content is available under CC-BY-SA unless otherwise noted.