Start a Wiki
Lily (Diora Baird) is a secondary antagonist in the 2009 remake of the horror film “Night of the Demons”.

We first see Lily, as she is at the home of her friend Maddie (Monica Keena), getting ready to go to a wild Halloween party.  Lily is putting on the finishing touches to her sexy kitty outfit by drawing the whiskers on her face.  Her outfit includes a black leather corset and short black miniskirt. She has black boots, thigh-high fishnet stockings and a garter belt.  In addition, she has kitty ears on as well as a tail and opera gloves.

Soon, there is a knock on the door, and their friend Suzanne (Bobbi Sue Luther) appears at the door.  However, she is wearing a similar sexy kitty outfit like Lily, which upsets each other, since they didn’t want to look alike.

We learn that Angela Feld (Shannon Elizabeth) has decided to throw a wild Halloween party at the mansion, in order to rake in some money. Among the party's guests are Suzanne, Lily and Maddie.  The mansion is filled to the rafters with party-goers, loud music, and lots of booze.

The three girls are joined at the party by Dex (Michael Copon), Lily’s ex-boyfriend and Jason (John F. Beach).  Besides that, Colin (Edward Furlong) a drug-dealer and also Maddie’s ex has gone to the party to try and flog some of his stash.  Soon enough, the police arrive to break up the party leaving Angela, Maddie, Lily, Suzanne, Dex, Jason and Colin in the house.  Colin threw his stash in a grate when the police arrived and wants to retrieve it.  Therefore, they all go down to the basement to find it.  They discover a secret room behind the wall with several skeletons lying in a circle.

Realizing that these are the missing party guests of Evangeline, Angela attempts to take a gold tooth out of one of the skeletons and cuts her hand in the process.  This cut infects her and she begins the process of demonic possession.  As Angela succumbs to the infection, Colin discovers that the gate is locked and there appears to be no way of escape.  The group realize that they are there for the night, so they begin a game of spin the bottle.  During the game, Suzanne recants the full take of what took place in 1925.

They are told that long ago, seven demons tried to usurp the Devil. They were demons so badass that they wouldn't even follow Hell's rules. As punishment for their defiance, they were bound together and cast out of the underworld. They discovered a loophole, however, where if they could possess seven living people during the same Halloween night, they would again be free.

Eighty-four years prior (1925) to the events of the film, the demons last tried to accomplish this at the Broussard family mansion in New Orleans, but the seventh person, a woman named Evangeline, killed herself before she could be possessed.

Angela becomes a demon, and she has until sunrise to possess the rest of the people so the demons can escape and tear the world apart.  She proceeds to infect Dex by kissing him, which prompts Lily to get jealous.  Therefore, Lily has sex with Dex in a separate room where she is then turned into a demon.

Maddie, Jason and Colin go off to find another way out leaving Angela to seduce and turn Suzanne.  Suzanne is reluctant, and then succumbs to Angela’s charms.  She begins to levitate, and then all of the sudden has the skin of her face ripped off and thrown on the ground.  Therefore, Suzanne has been turned into a demon.  Suddenly, most of the group are demons and the rest of the movie is just the other three trying to escape their clutches.

Lily has an interesting sexual encounter, when she seduces Jason. Jason resists her seduction, even when she removes her corset and proceeds to reveal her perfect breasts.  Then for whatever reason, shoves her tube of lipstick through her nipple and then produces it out through her vagina.  Later she has tentacles coming out of her boobs that wrap onto her victims.

Maddie attempts to commit suicide like Evangeline did, but somehow she isn’t decapitated.  The sun comes up 10 seconds later and the demons are finally vanquished.  The daylight sends them back to the basement, perhaps lying in wait until another Halloween opportunity arrives.  Maddie’s life is ultimately sparred, due to the fact that she had tied a rope around her waist tricking the demons into thinking she had died. 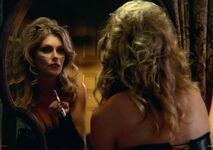 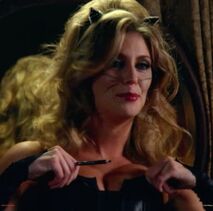 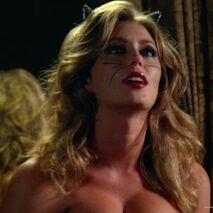 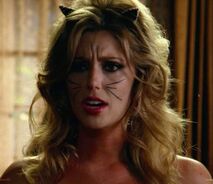 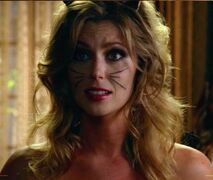 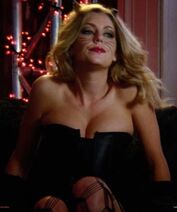 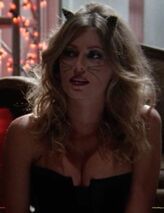 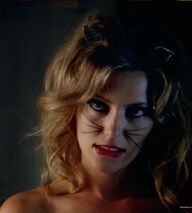 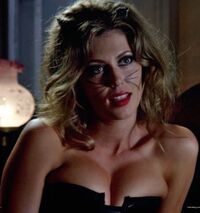 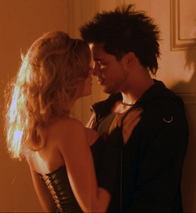 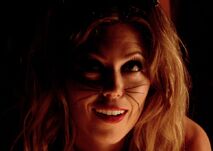 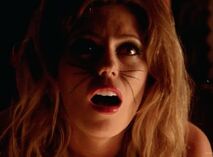 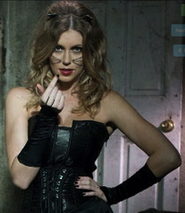 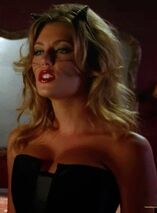 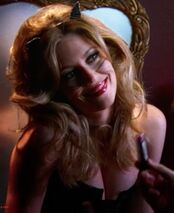 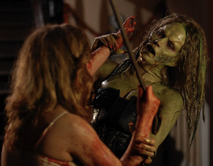 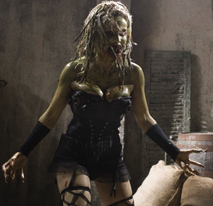 Add a photo to this gallery
Retrieved from "https://femalevillains.fandom.com/wiki/User_blog:Doalfe/Lily_(Night_of_the_Demons)?oldid=123070"
Community content is available under CC-BY-SA unless otherwise noted.