Lana (Barbara Bach) is the evil temptress in the 1981 comedy film, "Caveman".

Lana is the sexy prehistoric temptress, who is the love interest to Atouk (Ringo Starr) the hero of the film. The problem is that Lana is the mate of the evil chief Tonda (John Matuszak). Lana is extremely stuck-up and self absorbed.

One night, Lana uses her charms and skimpy two piece animal skin bikini outfit to manipulate and lure Atouk into giving her a piece of fruit late at night. Once she gets the fruit he expects to make "zug zug" with her (sex). Instead, she wakes up Tonda and gives him the piece of fruit, which he doesn't even share with her. The next night, he decides to put a sleeping potion of fruit inside the large fruit and offer it to Lana, thinking that she will share with Tonda and then take advantage of her. However, both Tonda and Lana eat the fruit, and he is unsuccessful in having his way with Lana. After a frustrating night of trying, he falls asleep next to both Lana and Tonda. Atouk is banished from the tribe for his lust over Lana.

While wandering around, Atouk encounters his old friend Car (Dennis Quaid), who was also banished, and they meet up with Tala (Shelley Long). After saving Tala's father from a tar pit, Tala becomes infatuated with Atouk. However, he can think of only Lana, and plans to go back and win over her love. Atouk's new tribe evolves far faster than chief Tonga's. They discover fire, music, cooking, and learn to hunt. Then they discover to walk upright.

Later, Atouk takes revenge upon Tonda and his henchmen, and steals Lana away from him. Lana eventually seizes the moment and pretends to have affection fro Atouk. Tala sees through her deception of loving Atlouk and tries to warn him. She then becomes extremely jealous, so she goes to Tonda and tells him where he can find Lana. Tonda takes back Lana and enslaves Atouk's tribe.

In a fight between Atouk and Tonda, Lana intervenes with the fight and kicks Atouk down. tala responds by knocking Atouk down to the ground with one punch, a sort of mini catfight. Later when Tonda is defeated, Lana comes back up to Atouk and in the process glares at Tala.  The two walk together as Tala is left with her jealousy and dejected looks of hoplessness. Atouk is elected chief, and takes Lana as his mate. As Atouk is holding Lana in his arms and the tribe is cheering for him, he notices that Tala is looking rejected. He realizes, that his love has shifted to Tala. He then releases Lana from his arms, and she falls about 10 feet into a large pile of dinosaur crap, which completely humiliates her. Atouk takes Tala as his mate, and the tribe is even more excited. The camera again shows Lana in the pile of crap, beginning to cry and trying to scrape off the brown stuff from her beautiful body. It was an extraordinary scene of comeuppance.  This is the last we see of Lana, as she was probably shunned by the rest of her tribe. 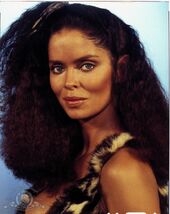 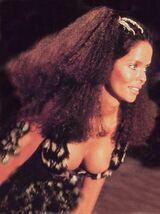 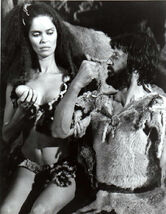 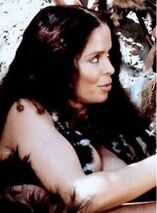 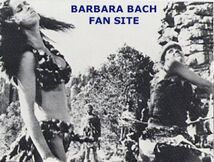 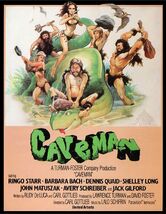 Add a photo to this gallery
Retrieved from "https://femalevillains.fandom.com/wiki/User_blog:Doalfe/Lana_(Caveman)?oldid=200241"
Community content is available under CC-BY-SA unless otherwise noted.