Kapri was one of Lothor's nieces by marriage and is the sister of Marah (Katrina Devine).  Like Marah, Kapri is ditsy and fashion conscious.  She is snake-themed.

Kapri was a descent fighter with the ability of teleportation transformation, energy projection, shielding, ice frost and blowing enemies away with her breath.

When in her alien clothing, she has bright pink hair most often done with two braids in front, the rest flowing free down her back with a small section sticking out the top.  She most often wears an odd black headpiece, thick black necklace, a pink/purple and black bodice over a gold tank top with black pads over her shoulders.  She wears bright pink/purple tights and black high-heeled boots.  Kapri also has black, elbow-length opera gloves and a red dragon on a band attached to her left arm.  She also carries around a samurai sword, her weapon of choice which she is shown to be quite skilled with.

During evil schemes, she is normally wearing ridiculous outfits and crazy hairstyles.

Kapri constantly annoyed her uncle an often failed her.  Marah and Kapri have tried proving to their uncle that they were worthy enough to be in his army and frequently attempted to show each other and the other generals up in order to do so.

Kapri once had her own giant robot, though it was destroyed during its' first and only battle.

Kapri and Mara joined Vexacus and plotted to overthrow her uncle by pretending to be masterminds by hiding their ignorance.  This ended up being a ruse and part of Lothor's plan to get rid of his generals.  Lothor (Grant McFarland) double crossed Kapri and Marah and left them on his exploding ship.  She and her sister escaped the ship with the Thunder Rangers and Cam.  Kapri, along with Marah, ended up joining the Wind Ninja Academy.  Kapri wore a pink ninja suit.

While her sister Marah was shown to have a good side mid-way through the series, Kapri never left Lothor's army or was shown faltering in her alliance until the end.  The series finale reveals she much prefers being good to being evil.  She and Marah often talked about Lothor in rude and judgemental ways, but when he approached them, they were very scared of their uncle.  Kapri is shown to be conceited, shallow, and rude.

When shown with a more human nature, Kapri has long blonde hair (believed to be her real hair color).  Her ninja uniform has a pink streak, causing controversy over what her element was, but it is believed to be ice.  When out of uniform, she wears trendy and normally pink clothing. 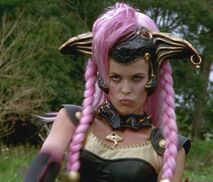 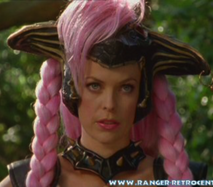 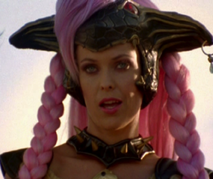 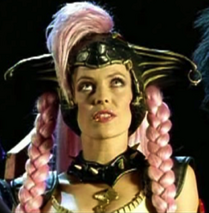 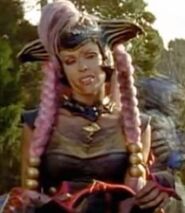 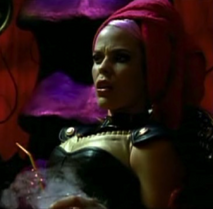 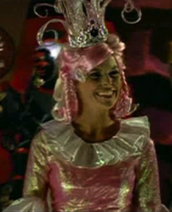 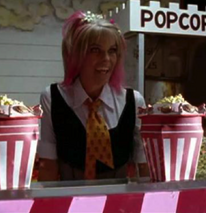 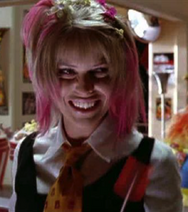 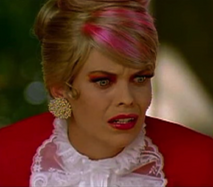 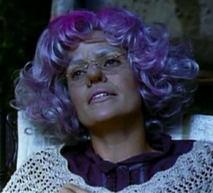 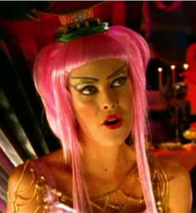 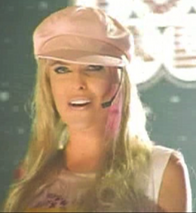 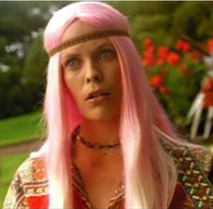 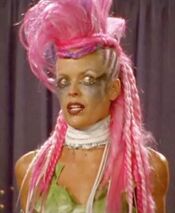 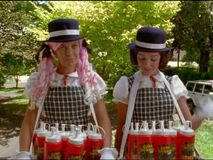 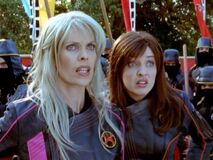 Add a photo to this gallery
Retrieved from "https://femalevillains.fandom.com/wiki/User_blog:Doalfe/Kapri_(Power_Rangers)?oldid=193523"
Community content is available under CC-BY-SA unless otherwise noted.