Start a Wiki
Iris Vander (Amy Thomson) is a spy in the 1968 episode "A Case of the Red Turnips", in the TV series It Takes a Thief.

Iris posses as a stenographer working for Alexander Mundy (Robert Wagner) on a case at a foreign film festival.  Mundy is posing as an author, and is trying to uncover a film that was to premiere that showed American spies making a drop at a location behind the Iron Curtain. After meeting Iris, he takes her back to his hotel room and she begins typing for him.  However, Mundy receives a call from Iris' boss, Malchek (Sandor Szabo), who has kidnapped Mundy's boss, Noah Bain (Malachi Throne).

Mundy is invited to a costume ball being held at the hotel and invites Iris to be his guest.  Iris dresses in a Arabian nights genie/bellydancer costume, and Mundy who is on to her ties her up and places her on the couch.

At the ball, Mundy meets a film director, Lester V. Griffin (Noel Harrison).  Griffin knows that Mundy is not a book writer.  When he attempts to obtain the film, he is interrupted by another spy, Joy Sung (Miko Mayama) who claims she has already purchased the film from Griffin.  At gun point she steals information of where the film is, with Mundy following her.

Meanwhile, Iris has managed to drop to the floor and wiggle her way to the phone.  Malchek discovers Iris on the phone and releases her.  Noah takes this opportunity to escape, and Malchek and Iris take off after him.  They follow Noah in his car in another automobile, and he leads them to where Mundy is.

When Mundy finds the film in a film studio wharehouse vault, Joy Sung takes it by gunpoint.  The film rolls away in a skirmish, and by this time, Noah, Malchek and Iris are all there as well.

In the chaos, Mundy recovers the film.  However, acid has washed the film picture useless.  At the premier of Griffin's new film, Mundy leaves arm in arm with Joy Sung and Iris Vander, who have decided to leave a life of crime and defect to America. 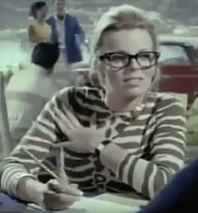 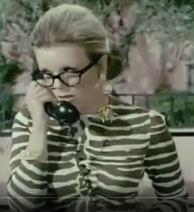 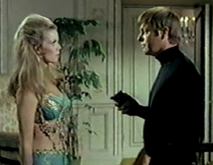 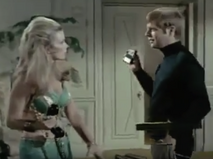 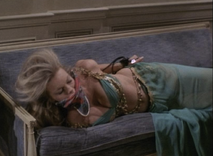 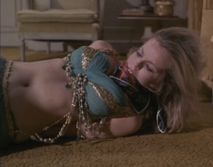 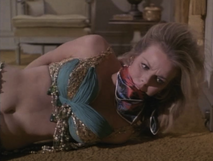 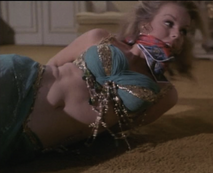 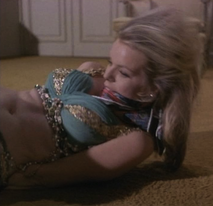 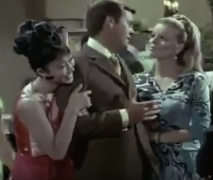 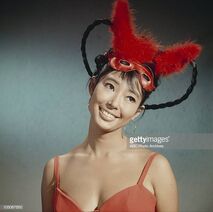 Miko Mayama as Joy Sung the thief
Add a photo to this gallery
Retrieved from "https://femalevillains.fandom.com/wiki/User_blog:Doalfe/Iris_Vander_(It_Takes_A_Thief)?oldid=187029"
Community content is available under CC-BY-SA unless otherwise noted.