Hillary Haverstock (Shelley Pielou) is a rich snobby girl in the 1987 comedy film "The Princess Academy".

Hillary and her sidekick, Sarah (Bader Howar) are the two rich snobs at an exclusive finishing school for aristocratic families in the Swiss Alps.  The school is known as Von Pupsin Academy, and is known for a place where young girls from rich families are taught how to behave like proper ladies and find wealthy husbands.

Hillary and Sarah take an immediate dislike to a new student named Cindy Cathcart, who is an American reform school girl who has been awarded a scholarship to attend the school.  Eventually, Hillary and Sarah are caught sneaking in the files at the school by the head teacher named Fraulein Stinkenschmidt (Lu Leonard).  As blackmail, the girls are emplyed by the Fraulein in an attempt to make Cindy quit her quest to graduate.

Hillary and Sarah are constantly humiliated and their plans foiled in attempting to make Cindy look bad.  In one scene, Cindy and her girlfriends place itching powder in the snobby girls tampons.  The girls squirm around in their seats before running out of the room.

Another scene has Hillary and Sarah having a stink bomb blow up in their face, and as a result, they leap out of the building into water below their window.

To get back at Cindy, Hillary nails the outhouse shut with Cindy inside.   She then has two boys push the outhouse and it ends up sliding down the hill in the snow and gets stuck in a tree.

In another scene, they trick Hillary into eating horse shit by replacing her plate with another.

The final comeuppance occurs when Cpuntess Von Pupsin fires and punches Fraulein Stinkenschmidt, as a result, she is knocked into a table with pies that end up landing on the face of Hillary, totally humiliating her.  Cindy and her girlfriends graduate, while Hillary and Sarah do not pass the test. 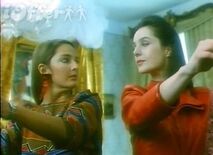 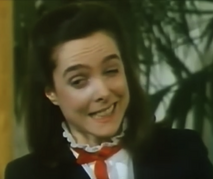 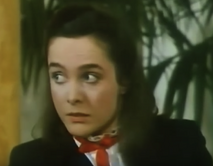 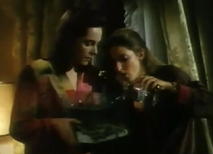 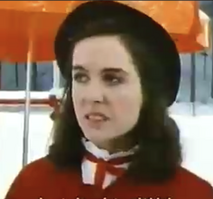 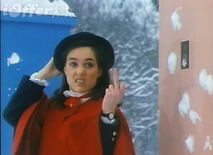 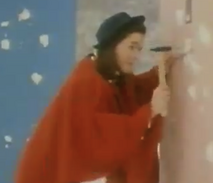 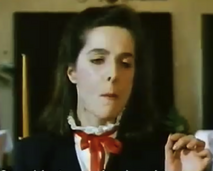 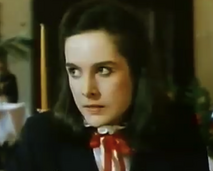 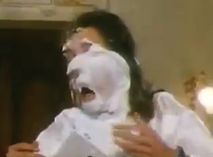 Add a photo to this gallery
Retrieved from "https://femalevillains.fandom.com/wiki/User_blog:Doalfe/Hillary_Haverstock_(The_Princess_Academy)?oldid=170937"
Community content is available under CC-BY-SA unless otherwise noted.
FandomShop DC Trivia GalaxyQuest