Start a Wiki
Havisha (Simone Kessell) is a redeemed antagonist for the 1999 episode "We'll Always Have Cyprus" for the TV series "Hercules: The Legendary Journeys".

Havisha was a former priestess of the Oracle of Cyprus.  She and her boyfriend Drayus (Aaron Devitt) were killed by thugs on the night he proposed to her.  Havisha rose from the dead on a mission of vengeance against her killers.

After killing the men who murdered her, she attacked the Oracle as well.  Hercules arrived just in time to convince Havisha to stop the killing.  He told her that for each death she was responsible for, her soul was dying a little bit more.  Eventually, she would lose the memory of Drayus completely.  Hercules then offered Havisha his own life, but warned that by doing so, it would be too late.  Havisha then asked Drayus for forgiveness.

Havisha departed with Drayus' spirit.  As a result, the Oracle gave up her job because in saving her, Hercules had defeated the fate she forsaw. 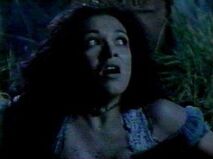 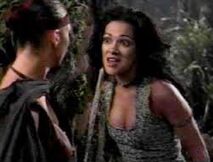 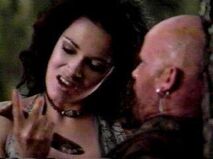 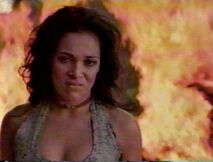 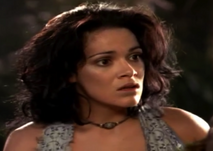 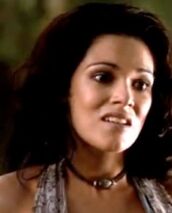 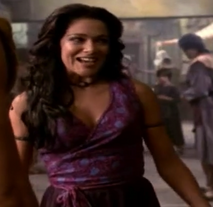 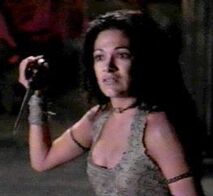 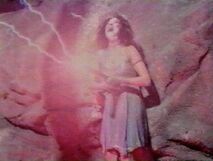 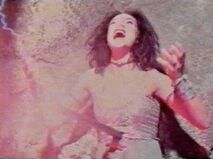 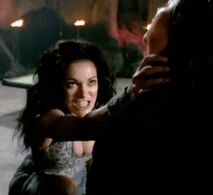 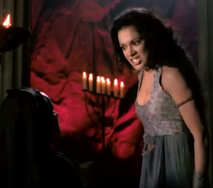 Add a photo to this gallery
Retrieved from "https://femalevillains.fandom.com/wiki/User_blog:Doalfe/Havisha_(Hercules:_The_Legendary_Journeys)?oldid=180685"
Community content is available under CC-BY-SA unless otherwise noted.