Start a Wiki
Grinhilda (Luanne Gordon) was the leader of the Valkyries in 4 episodes of the TV series "Xena: Warrior Princess" from 2000 to 2001.

Grinhilda was the leader of the Valkyries, and Odin's ex-lover during Xena's dark days.  Grinhilda like the other Valkyries, wears a metal helmet with wings on her head.  Her outfit consists of a metal corset which accentuates her breasts.  The metal theme continues with with abdominal armor and layers that hang over the shoulders like a football shoulderpads.  She wears a greyish skirt, and carries a large sword.

Grinhilda didn't trust Xena (Lucy Lawless) when she joined the Valkyries, and when Xena went after the Rheingold, Grinhilda took the other Valkyries to stop her.  None of them could stand up to Xena though.  She killed most of them by knocking them off their horses while battling with them high in the air.  She then did the same with Grinhilda before finding her in the forest and knoking her out.

Grinhilda came back to fight Xena, when she forged the Rheingold into a ring to take the powers of a god.  Grinhilda put on the ring to use against her, but it cursed Grinhilda.  It took away her beauty (which she was most proud of) and humanity, and turned her into a monster.  Xena trapped her in a mine shaft using a lock from Odin (Alexander Patersons) that was suppose to last forever.  Grinhilda was pregnant when she turned into the monster, and gave birth to the monster Grendel.  Sometime between when she was trapped, and when Xena came back 35 years later, the lock broke, and Grendel got out.

Xena killed Grendel thinking it was Grinhilda, and she came after Xena.  Grinhilda, Odin, and Waltraute (Victoria Hill) all teamed up on Xena, and forced her to use the ring.  Xena defeated them all, and Gabrielle (Renee O'Connor) was given the ring and protected by Brunhilda's eternal flame.  While Xena's memories were lost for a year, Grinhilda guarded the Rheingold.  Xena finally came back, and got the ring back from Gabrielle.

36 years later when she was turned back into a human, she didn't age at all, and Xena brought her back to Valhalla.  She forced Odin to make her the leader of the Valkyries again, so she could use them for good.  Grinhilda forgave Xena for her actions.

Later on, Grinhilda conspired with Xena to bring love and war back to Earth by stealing the Golden Apples and restoring the powers of Aphrodite and Ares.  Aphrodite had been made mortal, and Grinhilda had Nigel the new reporter find her and bring her to Valhalla where Xena could make her a goddess again. 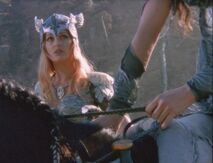 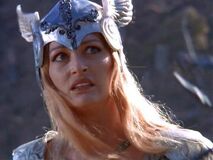 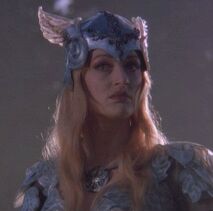 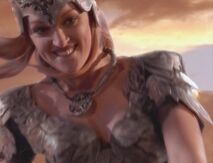 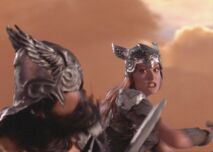 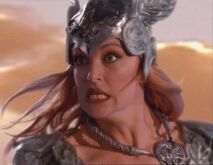 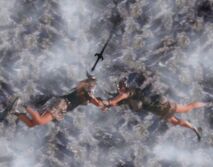 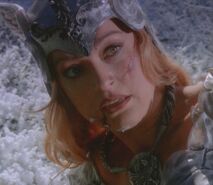 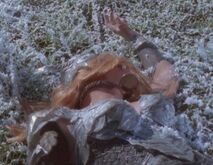 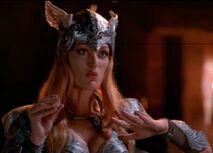 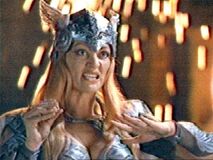 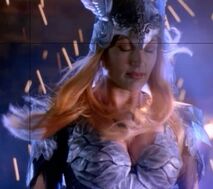 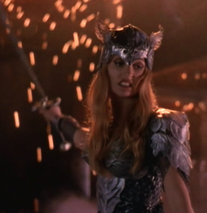 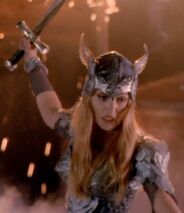 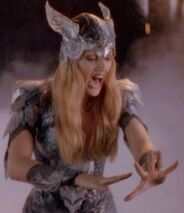 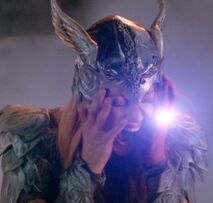 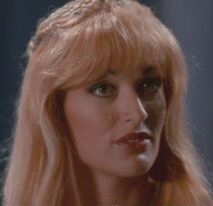 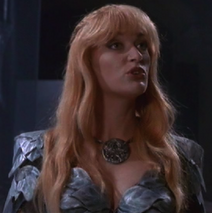 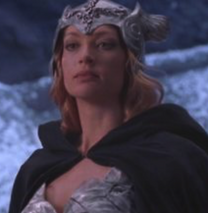 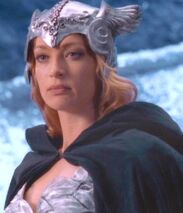 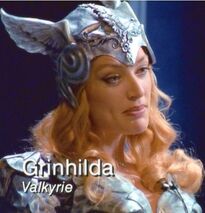 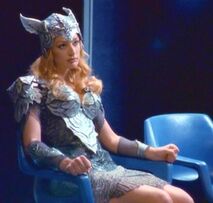 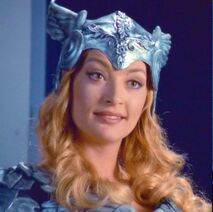 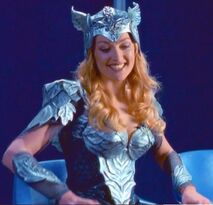 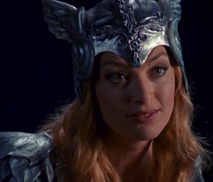 Add a photo to this gallery
Retrieved from "https://femalevillains.fandom.com/wiki/User_blog:Doalfe/Grinhilda_(Xena:_Warrior_Princess)?oldid=146135"
Community content is available under CC-BY-SA unless otherwise noted.