Start a Wiki
A robot army has been created by Dr. Goldfoot (Vincent Price) in the 1965 film, "Dr. Goldfoot and the Bikini Machine".  The female robots are the creation of Dr. Goldfoot, a mad scientist, who is building a gang of robots.  The demented doctor builds a machine along with his henchman Igor (Jack Mullaney), that mass-produces an army of bikini-clad robotic replicas of beautiful babes.  They are all dressed in gold bikinis, and when they are sent out they cover themselves in trenchcoats.  Goldfoot does this in his secret hideout which is a mausoleum.  Goldfoot programs the vixens to seduce the wealthiest men alive and convince them to sign their fortunes over to him.  He programs the knowledge and experience that is unique to each robot in order to endear the robot to the intended target.  The goal is for the robot women to get the men to marry them, and then once married, they will get the men to sign over all assets to them so that they can then sign them over to Dr. Goldfoot.  As a result, he amasses tremendous wealth and plans to take over the world. The robots are played by Susan Hart; Patti Chandler; Salli Sachse; Sue Hamilton; Marianne Gaba; Issa Arnai; Pamela Rodgers; Sally Frei; Jan Watson; Mary Hughes; Luree Holmes; Laura Nicholson; China Lee; Deanna Lund; Kay Michaels; Arlene Charles; Leslie Summers; and Alberta Nelson.

Secret Agent Craig Gamble (Frankie Avalon) sets out to destroy the women and bring Goldfoot's plan to a halt.

The movie became a cult-classic, and was based on the James Bond type movies that were popular in the 1960s.  This was a precursor to several girl army movies that came later, such as Austin Powers.  In addition, their was a sequal to this movie in 1966 entitled, "Dr. Goldfoot and the Girl Bombs".

One of the robots, Patti Chandler, played the villainess Louise  in the 1967 film, "The Million Eyes of Sumuru", which is a blog spot on this site started by Shsdss5043.  In this film, Louise is a handmaiden of Sumuru, and is a sadistic henchwoman.  She later falls in love with one of her captives and flees with him to get off the island of women. 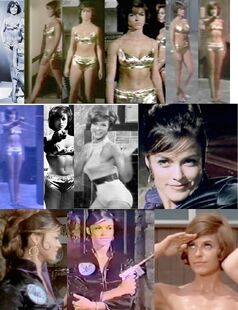 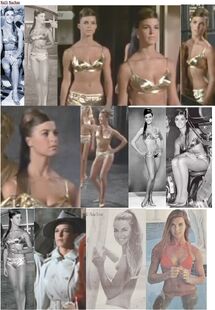 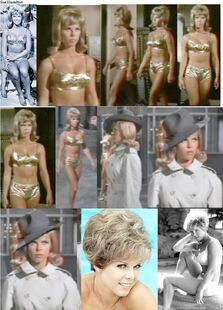 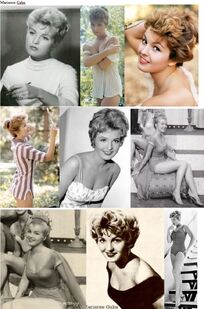 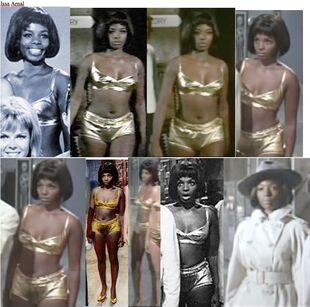 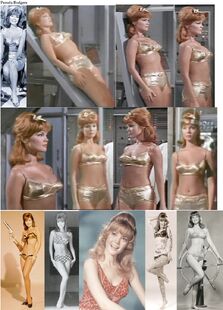 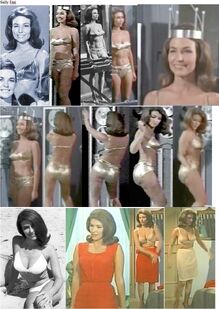 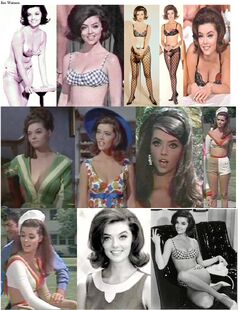 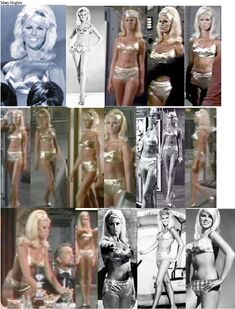 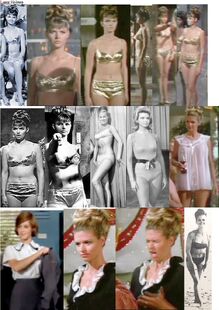 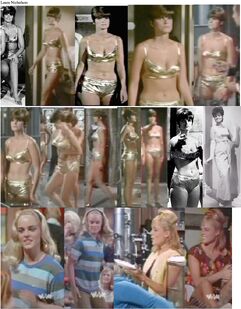 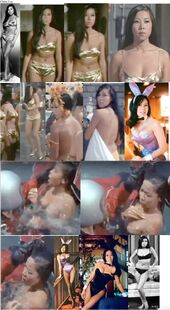 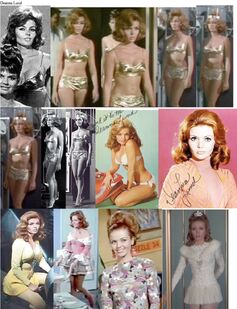 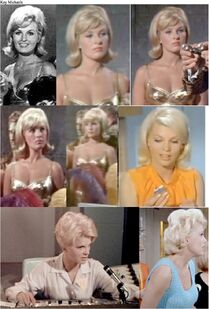 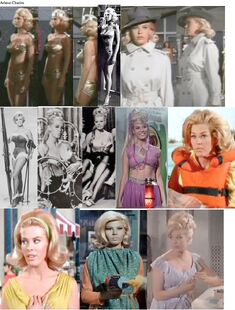 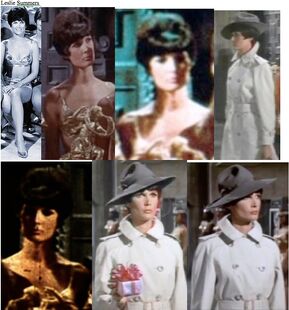 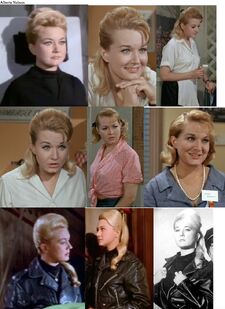 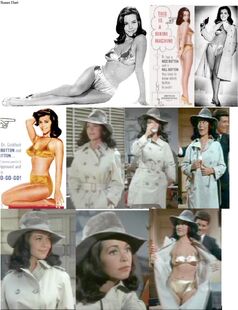 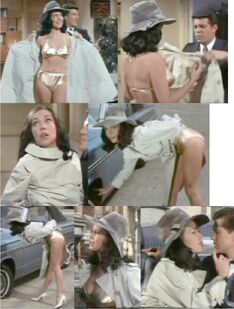 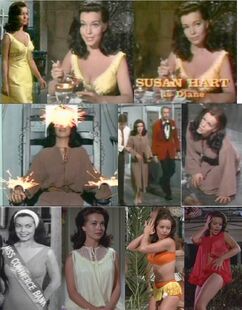 Susan Hart 3
Add a photo to this gallery
Retrieved from "https://femalevillains.fandom.com/wiki/User_blog:Doalfe/Goldfoot%27s_Robots_(Dr._Goldfoot_and_the_Bikini_Machine)?oldid=168145"
Community content is available under CC-BY-SA unless otherwise noted.