Start a Wiki
Glynnis Wheeler (Tottie Goldsmith) is a minor antagonist in the 1985 episode "Nature's Way" for the Australian TV series "The Henderson Kids".

Glynnis Wheeler was the daughter of Ashley Wheeler, who is running a logging organization in the rainforest at henderson's Point near Haven Bay.  Her father asks her to go to the dance on Sunday night with Mike Henderson, the local police officer, to to help influence him.  With all of the protests going on due to environmental protection, it would be good to have some control over the police force.

Glynnis bought Mike a tie, and informed him that he was escorting her to the dance.  Of course, he couldn't refuse an offer like that.  While there, his daughter Tammy (Nadine Garner) mentioned that she had just seen Glynnis' new horse.  Glynnis denied that she was getting a new horse, especially since it was for payment to seduce Mr. Henderson.

Glynnis showed up to the dance on the arm of Mike, wearing a gold colored silk dress.  Mike introduced Glynnis to his former girlfriend, Pat Edwards (Antoinette Byron).

A group of kids including Mike's son Steve, daughter Tammy, and friends Ted Morgan and Charlotte Kernow (Kylie Minogue) develop a plan to get the bottom of the deceit.  They figure that Glynnis is the one to spill the beans.  They distract Mike by telling him there is some problems outside.  Once he was gone, Mike spilled a drink on Glynnis' dress.  Glynnis became furious and began yelling at Mike.

Glynnis walked outside and across a muddy field to get to the restrooms.  Once inside, the kids held the door shut so she couldn't get out.  Glynnis refused to answer their inquiries about what she knew.

While she was locked up, Mr. Wheeler took the stage and announced that because of the protests he was planning to seize operation and close the lumber mill.  With this knowledge, the kids left Glynnis in the bathroom unguarded.  She began to tell her that her father would severly punish them for what they were doing.  Still thinking she was being held in, she rammed the door, and ended up flying through the opening and landing face first in the muddy field.  Now covered in mud, she stormed into the dance for all to see.

She walked up to her father and spilled the beans about their deal with the horse, and told him she had never been so humiliated in all her life.  Her father tried to keep her quiet, but she kept talking louder and louder.  When Mike tried to put his coat around her shoulders, she snapped at him as well, saying she couldn't stand him or his kids.  She turned to the crowd and told them to go ahead and laugh, and that she was "better than all of them put together".

Mike figured out that Mr. Wheeler had planned to close the mill all along.  His kids then told him that it was good ridance that Glynnis stormed out, and that she wasn't good enough for him anyway. 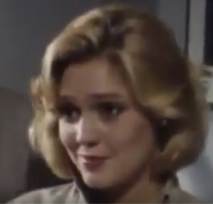 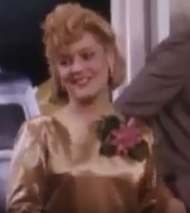 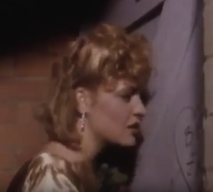 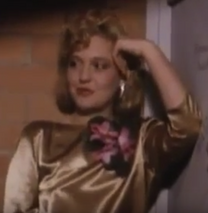 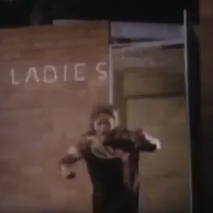 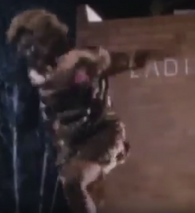 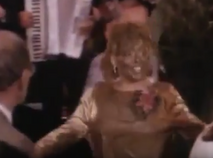 Add a photo to this gallery
Retrieved from "https://femalevillains.fandom.com/wiki/User_blog:Doalfe/Glynnis_Wheeler_(The_Henderson_Kids)?oldid=170965"
Community content is available under CC-BY-SA unless otherwise noted.