Ginger, Honey, and Sugar are the stuck-up, sleezy cheerleaders from State U., that are being paid by Mr. Langley (John Hart) to lure football players from Rambling U.  When Rambling’s coach believes he can do nothing to stop the recruiting, the Rambling cheerleaders (Monica, Toni, Sissy, and Sheryl) work together to stop it.

The first they appear in the film is when they stroll up the beach while the football players are playing a game of touch football.  The guys all stop their game and come over to talk to them.

The first meeting of the two squads takes place at a bar, where the State cheerleaders show up with the Rambling guys.  When the guys introduce their dates as Ginger, Honey, and Sugar, the jealous Rambling girls respond, “Sounds like a recipe for a fruitcake”.  Toni (Jamie Jensen), one of the Rambling girls hides under the table and place lit matches in the girls high heels.

The Rambling cheerleaders pose as French Maid caterers to infiltrate the State U’s cocktail pool party held at Mr. Langley’s.  While there they spike the punch and hand out marijuana laced brownies.  Monica (Elizabeth Loredan) then starts a food fight by pouring potato salad down the blouse of Sugar.  Sugar believes it was Honey who did it, and so she retaliates on her and smooshes spaghetti on her face.

While talking to one of the players next to the pool, Ginger is approached by Sheryl (Gloria Upson) one of the Rambling waitresses who offers her a punch.  She then proceeds to pour the punch down the front of Ginger’s dress.  When Ginger leans over to try to brush the liquid off of her, the Sissy pushes her into the pool.  Two of the football players jump in to save her, but each time they are about to get her back onto the ledge to safety, they are once again pushed back into the pool by Toni.  Eventually, Ginger’s top comes off exposing her breasts.  Eventually, the lovely Ginger is able to get out, but by this time she is completely humiliated.

When the recruits sneak out after curfew to attend a beach party with the Rambling cheerleaders, the jealous State U girls call Mr. Langley.  Langley shuts down the party and reveals that everyone has already signed with State U.

The last we see of the lovely State U girls is at a football tryout with the guys.  However, the Rambling girls have snuck into the guys locker rooms and poured crab lice into their jock straps.  As a result, they are too busy scratching themselves to impress the coaches, and they are refused a spot on the team.

While the movie credits are running, they show the following years game with Rambling beating State U 33-0. The State U girls are watching in the stands while Mr. Langley is sitting next to Dean Higgins and his wife. They are all upset that they allowed the recruits to get away. 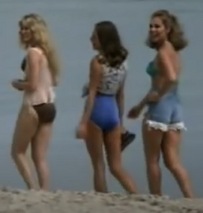 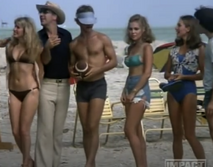 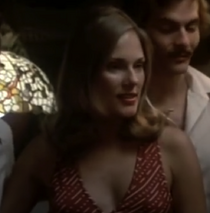 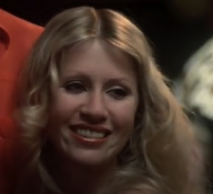 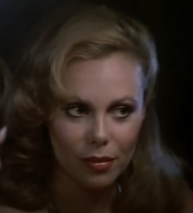 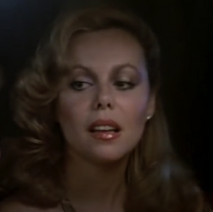 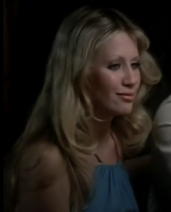 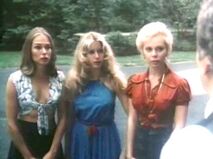 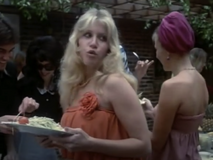 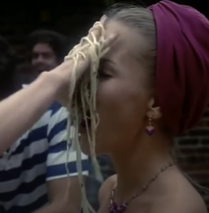 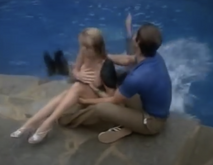 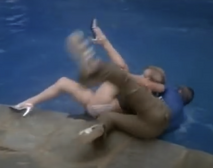 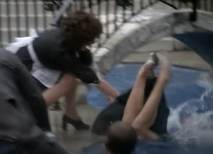 Add a photo to this gallery
​​​​​​
Retrieved from "https://femalevillains.fandom.com/wiki/User_blog:Doalfe/Ginger,_Honey_and_Sugar_(Cheerleaders_Beach_Party)?oldid=202214"
Community content is available under CC-BY-SA unless otherwise noted.