Start a Wiki
Enforcer (Karen Sheperd) is an antagonist who appeared in two 1996 episodes "The Enforcer", and "Not Fade Away" from the TV series "Hercules: The Legendary Journeys".

Enforcer, who was also known as the Water Enforcer, was created by Hera to kill Hercules when Nemesis refused to do so.  She was made of water and was thus extremely difficult to defeat.  She required no sleep or food, however, she did have to drink periodically to maintain her fluidic form.

Bladed weapon could cut and pierce her body, which would cause her to spray water and thus be injured.  However, she could easily regenerate this damage simply by consuming liquids or even being submerged in them.

The Enforcer's biggest weakness was extreme heat.  Heat sufficient to vaporize water would cause considerable damage to her form, and when her entire body was heated to boiling, it caused a critical amount of damage that she was unable to recover from.

The Enforcer forged a temporary alliance with a man named Gnatius who led her to Hercules at a local festival.  She battled with him twice.  The first time, Hercules threw her off a cliff into the ocean where she regenerated.  The second time, they fought in a forge and Hercules was able to defeat her by throwing her on to a pile of hot coals where she turned into steam.

After her defeat, she was accidentally taken to the Underworld by Charon, but because she wasn't a mortal, Hades didn't know what to do with her.  When Hera created the Enforcer II (Cynthia Rothrock), Hades sent the Enforcer to assist Hercules in defeating her.  Once she did a good deed, he could classify the Enforcer and send her to the appropriate place.  The Enforcer proved to be a good ally to Hercules.  She saved Alcmene from the Enforcer II and Hercules called her a friend.  When Enforcer II killed her, she was sent to the Elysian Fields by Hades. 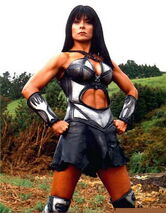 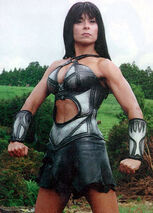 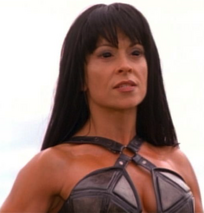 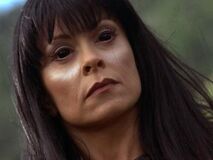 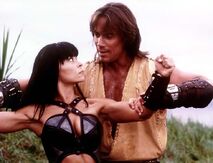 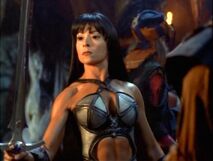 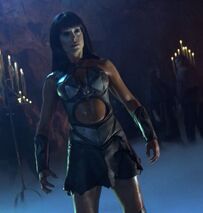 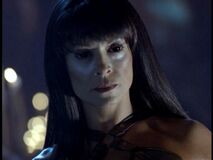 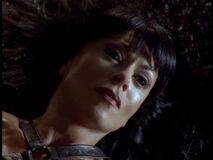 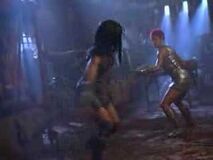 Add a photo to this gallery
Retrieved from "https://femalevillains.fandom.com/wiki/User_blog:Doalfe/Enforcer_(Hercules:_The_Legendary_Journeys)?oldid=87552"
Community content is available under CC-BY-SA unless otherwise noted.