The Female Villains Wiki
Register
Don't have an account?
Sign In
Advertisement
in: 1970s, Blog posts, Blonde,
and 13 more

At the beginning of the first episode, the Empress of Evil appears on Frank Helfrin's Crime-Scope screen at the Electra-Base.  Then she materializes, but she is like a hologram which Frank can run his fingers through.  She orders Frank to summon Electra Woman (Deidre Hall) and Dyna Girl (Judy Strangis), who were on assignment covering a flower show, but return immediately.

The Empress is assisted by the Great Lucrecia (Jacquelyn Hyde), and their plan is to rule the entire world.  They realize in order to do so, they must remove the superhero duo, and plan to do so by dividing them...literally, on a molecular level.

The Empress is not phased by the Electra-Comps, and she reprograms the Crime Scope to self-destruct.

Electra Woman realizes that the Empress derives her strength from a kind of "anit-power" and that Frank's new "electra-split" Electra-Comp app may reveal a crucial secret about the villainess's nature.

It is later learned that Lucrecia provides a very real threat.  She is a great illusionist.  Posing as the minion, she is actually the real villain, and the Empress is the android that she created.

Electra Woman realizes that the Empress is not human, so she uses the Electra-Split to make two of the Empresses, something that would not be possible unless she wasn't real.  In doing so, her porcelain face begins to crack and all that is left of her is a pile of her clothes and the smoke that billows out of the pile.

Lucrecia is left to deal with the tragedy of the situation.  Off-screen, Electra Woman and Dyna Girl talk about what a genious Lucrecia has been in constructing the robot, and used her skills as a famous illusionist to her benefit.  Lucrecia was taken into custody. 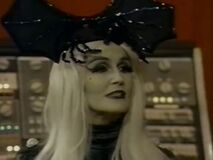 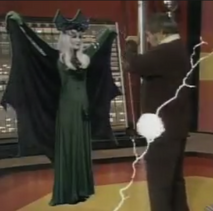 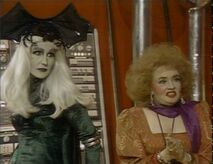 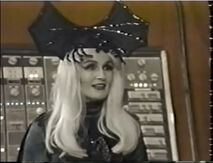 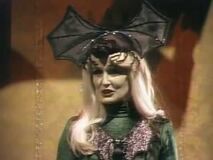 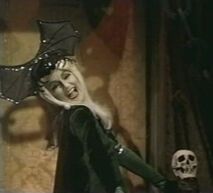 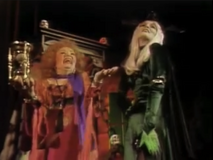 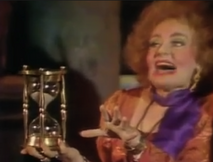 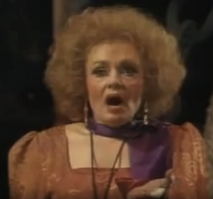 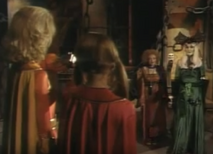 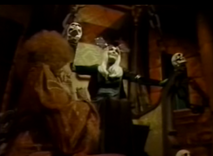