Start a Wiki
Drug Dealer Girlfriends (Deborah Lee Johnson and Karla Tamburrelli) are minor antagonists in the 1991 comedy film "Nothing But Trouble".

A car driven by Artie (Daniel Baldwin) includes his girlfriend (Deborah Lee Johnson) and his dealing partner (James Staszkiel) and his girlfriend (Karla Tamurrelli).  The group is pulled over by police officer Dennis (John Candy), who asks Artie to step out of the car and provide his license and registration.  After complying, Dennis asks Artie if he has been drinking, to which he responds that he has had a few.  Dennis tells him he will have to blow, and Artie says "Blow you, to get out of a ticket, no way".  Artie's girlfriend chimes in "I'll blow".  Dennis responds, "Maybe later....next century".  After failing the breath-a-lizer test, Artie pulls a gun on Dennis and is about to shoot him.  However, Dennis pulls out a larger gun and takes them all into custody.

The next scene shows all four drug dealers in a court house before Judge Alvin "J.P. Valkenheiser (Dan Aykroyd).  The judge is a sadistic man with a very odd family in the backwoods.  The courthouse and the prison is a maze of zany booby-traps and deadly contraptions.

Artie's girlfriend is a dark haired brunette who wears a red leather miniskirt and matching top exposing her stomach and a red bra.  She has black thigh high stockings and red high heels.  The second girlfriend is a redhead, with elevated ponytail to one side of her head.  She is wearing a black corset, with jacket. a brown miniskirt, dark stockings and tan boots.

The two couples laugh and make fun of the judge, as J.P. begins to lay out the evience.  The items include a large bag of crack cocaine, pills, viles of coke, switchblad knives. pistols.  After considering the items, the judge finds them guilty of the crimes at hand, and convicts them to a maximum penatly.  This includes being "conveyed to a holy, er awful place for execution, where you shall be put to death".  The drug dealers begin laughing hysterically, believing this to be just a joke.  However, the judge turns and lifts the levers on his organ which include "floor convey" and "trap door".  Before they can do anything, they all slide down a shoot and outside a door to an awaiting metal basket.  The basket is on an amusement type roller coaster track that begins to take them on a terrifying ride.  The ride is called "Mister Bonestripper", which includes all kinds of moving levers and filames shooting out of a top hat wearing billboard man.

The judge announces on the intercom that he will give them back all the drugs, knives, and guns as soon as they come out the other end.  The screaming drug dealers wind around the rollercoaster and are deposited in front of the billboard face on a a moving conveyor belt.  They are helpless, as they slowly moved down the conveyor belt to metal teeth like pounders that grind them up.  All that is left of them are the bones that are shot out of the machine against a bullseye painted on the wall.  Skulls, ribs, and other bones hit the mark, and when done, the machine turns itself off. 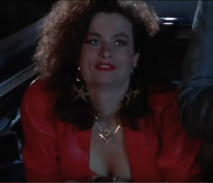 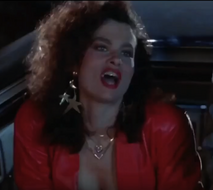 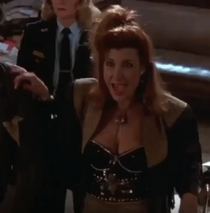 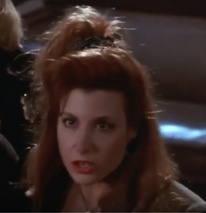 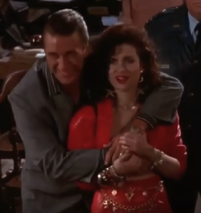 Add a photo to this gallery
Retrieved from "https://femalevillains.fandom.com/wiki/User_blog:Doalfe/Drug_Dealer_Girlfriends_(Nothing_But_Trouble)?oldid=196558"
Community content is available under CC-BY-SA unless otherwise noted.