Start a Wiki
Delfina Santillán Torres (Isabel Macedo) is the primary antagonist in the 2004-2005 Argentina Telenovela "Floricienta".  The Telenovela is loosely based on the Cinderella story, and was broadcast in almost 70 countries.

Florencia Fazzarino (Florencia Bertotti) is an orphan girl who is taken in by a rich family to be their nanny.  She soon falls in love with Federico Fritzenwalden (Juan Gil Navarro), a rich boy who has returned from Germany to take over the family business.

Federico meets Florence and their is a definite attraction their.  They only problem is that he has a girlfriend named Delfina, whose mother Malaia is Florncia's godmother.  Malaia and Delfina decided to make life impossible for Flor.

When Malala and Delfina learn that Flor is not really the daughter of Fazzarino, but Alberto Santillán, Malala's dead husband and Delfina's father and his sister Sofia (Angeles Balbiani); they do the impossible so that Flor does not find out, creating multiple situations that face Delfina and Florence, leaving Federico in the middle; however, Federico will always prefer Flor.

Finally, Flor finds out, but Delfina seems to have never known and Malala makes several excuses, to avoid claiming the inheritance and being ruined. Florencia falls madly in love with Federico. Being reciprocated by him, they begin a very beautiful and secret love, which becomes impossible when the evil stepsister Delfina makes Federico believe that she is pregnant and dying because of a very serious illness, under a lie endorsed by a partner who is Federico, (the gynecologist Claudio Bonilla and the true husband of Delfina, Lorenzo), who pretends to be a Chinese doctor (without anyone, good or bad, knows) to believe that he is sick, Flor convinces Federico to marry with Delfina to give her happiness before her death. Already at the altar, Frederick humiliates her in front of everyone by refusing to marry her and announcing that he loves Flor. They leave but their love has a tragic turn after Federico's heroic death in an accident in which he interposed to save the life of Count Maxim Augusto Calderón de la Hoya. Anyway, Federico will have time to say goodbye to his great, unique and painful love, and leave his brothers in charge of the Count, instead of Delfina. Thus ends the season with the meeting in the foam of Flor and the Count, as happened when she and Federico met. Finally this happens when Federico leaves the body of Maximum to go definitively to the sky.

After Federico's death, Flor meets Max, who turns out to be the cause for which Federico had died, since he saved his life so he wouldn't get hit by a car and falls in love with him.

There is a video that Frederick had recorded, already deceased, on earth in the Count's body saying that Frederick "was" in Maximus, and that he had to wake his sleeping heart, this video is revealed at the end of the story. Máximo feels that something strange happens with him because of the irremediable love he has for Flor, as if he knew her from another life, to this is added his new ability to handle airplanes, the use of the foil and the love for the Fritzenwalden family. Flor and Máx face a series of funny situations in which they will have to fight to defend their love, since Delfina wants to conquer Máximo to keep her fortune and have all the cravings she wants by being the Countess of Kricoragán, situations such as blackmail Due to the alleged donation of marrow made by Delfina to the mother of Maximo, the alleged disease that remains after this donation will be situations that must be overcome.

But Máximo falls completely in love with Flor, and Delfina will put a series of obstacles to prevent her happiness and for Flor to gain Santillán's inheritance, but she will not succeed. He will also confuse Florence with these obstacles, making her feel guilty about her relationship with Máximo. But the strength of destiny, fairies and the magic of Florence are next to them.In the end she claims the inheritance and Malala, Delfina and Malala's husband, Bonilla, end up in jail for hiding the truth. Flor becomes pregnant with the Count and triplets are born.

Delfina kidnaps Margarita, one of the triplets, and realizes that this special being could have been hers if she had not been so bad and did not hate her husband so much.

She returns to Margarita, ending her great evil and becoming good. In the baptism of babies she asks forgiveness for their evils. Finally Flor and the Count get married in a huge wedding full of real fans at the San Isidro racecourse. 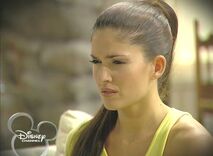 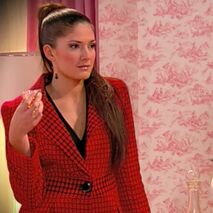 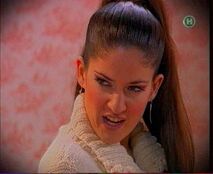 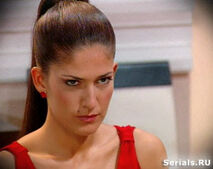 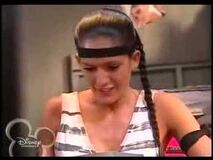 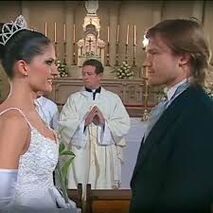 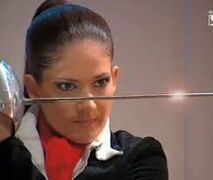 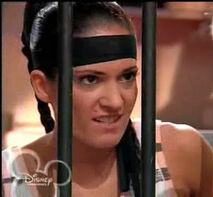 Add a photo to this gallery
Retrieved from "https://femalevillains.fandom.com/wiki/User_blog:Doalfe/Delfina_Santilli%C3%A1n_Torres_(Floricienta)?oldid=202233"
Community content is available under CC-BY-SA unless otherwise noted.