Start a Wiki
Delfina Rebello de Andrade (Susana Mendes) is the main villainess in the 2007-2008 Portugese Telenovela "Floribella".  The Telenovela was loosely based on the Cinderella story.  In addition, it was a copy of the 2004-2005 Argentina Telenovela entitled "Floricienta".  There was also a Brazilian version.

The Rebello de Andrade family is a very wealthy family with farms in the Algarve.  Delfina and her mother Magda (Madalena Brandao) are the witches and met the Prince of History (Frederick Fritzenwalden) in Germany, where Delfina became his bride.  With the death of Delfina's father, Magda became a widow.  The will states that the bastard named Ana Flor Valente (Luiciana Abreu), can claim 50% of the inheritance, but must do so before the 12 months have passed after the death of her father.

Magda and Delfina decide to prevent Flor from claiming her fortune at all costs.  Sofia (Maya Booth) the other sister of Delfina accidentally finds out that Flor is her sister.

Flor becomes a maid at the mansion.  She falls in love with Frederick, the eldest son, who happens to be Delfina's fiance.

At a ball, Delfina and Flor wear a similar dress. Delfina leaves, Flor arrives and Frederico confuses her with Delfina. Flor leaves, leaving behind a small shoe (as in Cinderella). When Delfina finds out about this, she makes up the story of being pregnant. Delfina and Frederico mark the marriage, but the little ones (fairies) make adventures that make the first two times fail. However, Delfina invents that she has a terminal disease, so that Frederico does not leave her. The latter then decides to marry her to satisfy that desire, since (presumably) she will soon die. But first, Frederick "marries" Flor for love, in an intimate and private ceremony. In the end, Delfina marries Frederick, but only by the civilian, because in the church Frederick publicly refuses to marry her.

Frederick dies while heroically saving Maximus, an earl who is used to a life of luxury and loves beautiful women. The Count becomes a friend of Lourenco, disguised as a colonel. In the last episode, Frederick was allowed to come down to earth and compel Count Maximus to sign a document obliging him to be in charge of the clan.

After Frederick Fritzenwalden's death, the mansion was in chaos. Delfina Rebello de Andrade Fritzenwalden managed by court to prevent her and Frederick's marriage from being annulled, thus becoming the legitimate wife and guardian of the children and making the Fritzenwalden mansion an impossible place to live.

Count Maximus Augusto Caldeiron of La Hoya, is a Prince and legitimate heir around Krikoragan, because the present King has no children and wants to leave descendants. When Magda and Delfina discover this, they quickly forget the fortunes Fritzenwalden and Rebello de Andrade and dream of something else, being Queen and Royal Mother. For this, Delfina must marry Maximus, whose heart was stolen by Flor, who constantly rejects him.

Maximus' mother arrives and becomes ill, which makes Maximus swear to Heaven that if his mother is spared, he will fulfill all Delfina's wishes. As Maximus's mother survives, Maximus fulfills her part of the agreement and swears to Delfina that she will make all her wishes come true. Obviously, Delfina is an angel and does not accept it, but in fact she already imagines herself Princess, Queen, possessing jewels, lands, castles and more.

Lourenço Moura fell madly in love with Flor, making him forget his evil plans, but Flor finds him as a friend. I think we have a villain about to become a hero. Unfortunately, when Delfina discovers Lourenço's passion, she will leave him and focus on becoming Princess, which will not be too difficult.

Magda and Delfina go to jail, although Delfina regrets all the harm she caused to both Frederick and Flor and Maximus. 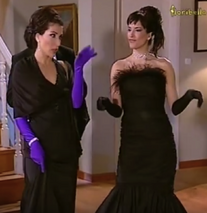 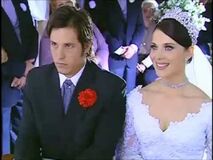 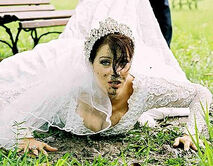 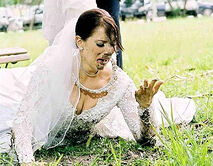 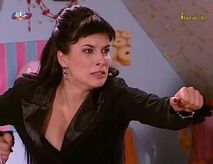 Add a photo to this gallery
Retrieved from "https://femalevillains.fandom.com/wiki/User_blog:Doalfe/Delfina_Rebello_de_Andrade_(Floribella)?oldid=200263"
Community content is available under CC-BY-SA unless otherwise noted.