The Female Villains Wiki
Register
Don't have an account?
Sign In
in: Blog posts, 1940s, Beehive Hairstyle,
and 20 more

Darlene (No Time For Love)

Darlene Grant (June Havoc) is a minor antagonist in the 1943 comedy movie "No Time For Love".

Darlene Grant is a common showgirl who is jealous of female photographer for Mirror Magazine, Katherine Grant (Claudette Colbert) in the film.

A laborer named Jim Ryan (Fred MacMurray) is suspended from his job of digging a tunnel beneath the East River in Boston, because of an incident while being photographed for a story by Miss Grant.  Feeling responsible for the suspension, she hires him to help her on her stories.

On their first job, Miss Grant takes him on a story she is supposed to do on showgirl dancers.  As the dancers are performing a kicking lineup on stage, Ryan enjoys the view from backstage.  Darlene who is located at the end closest to Ryan, she gives him a flirty glance and wink.  Katherine positioned her low to the. ground to take a picture of the dancing girls.  When the number was done, and the girls made their way off the stage, Ryan went to talk to Darlene, and tripped over Katherine still kneeling down on the floor.  Katherine, noticing what he was up to, made the comment that "believe it or not, you were trying to catch a street car".  In other words, he shouldn't chase after common girls.

As Katherine goes backstage to interview some of the dancers in their dressing room, Ryan does the same.  He is obviously drawn to the dancers named Darlene, who figures she can sweet talk him into giving her the cover story.  Darlene tells Ryan that she is just crazy about Mirror Magazine, and asks him to give her a break.

She then asks him how he wants her to pose, but he tells her that he leaves all the picture taking to his assistant, motioning to Katherine.  Ryan was attempting to make himself appear to the be the boss.  Continuing on, he decided to give Darlene some pointers, by having her pose on the table with her legs crossed.

Katherine called him over, and reminded him that this was no time for "personal projects".  Ryan convinced Katherine to go over and take a look at the "tastiest fruit in the fruit basket".  After taking a closer glance, she responded "Nope, we're interested only in certain types".  Darlene shot back, "Oh, afraid huh, afraid I might bag a homer with your boyfriend here?  I'm wise sister."  Katherine seeing that she enjoyed the spunk decided to take a photo after all, saying "Well, far be it from me to hide a light from a bushel.  If that is what the great american public wants, we'll give it to them".

Katherine, told her to smile, as Darlene began posing.  Then just before she snapped the picture, Katherine told her to try to act inteligent.  Darlene immediatly stopped her pose and asked "huh?"  Katherine snapped the photo with Darlene in the quisical stance, and then walked away.

The next scene is where Katherine was talking to her friend Hoppy Grant (Ilka Chase) in the dark room.  The photo of Darlene was just beginning to come into focus, and she made the comment, "Look at her, brazen, bleached, not a brain in her head".  When Katherine's friend asked what she did to her, Katherine responded, "Nothing, only wouldn't you know it, she'd be just the type for Ryan.  They were attracted to each other like syrup to a pancack".

Later that night, Ryan made a call to Katherine, who was at a dinner party.  He asked her how the picture of Darlene came out, and just happened to be with Darlene at the time.  Katherine immediately figured out that Darlene was right there, and told Ryan to make sure he told her that her picture would not be used. However, Ryan pretended to tell Darlene that it was going to be a cover photo, so that he could get lucky.

The next time we see Darlene, she is located outside Ryan's office.  Apparently she has a date with him, and when she gets impatient, she barges in and tells him to wrap it up.  She later overhears from Ryan's friend Roger Winant, that Katherine is in love with Ryan, despite being engaged to another man named Henry Fulton (Paul McGrath).  Ryan is then told by Roger, that he feels Kate should be marrying him instead of Henry.

Darlene has heard enough, and decides to storm off and go confront Katherine.  She barges into her engagement party demands that Katherine come out in the hallway and talk to her.  She then tells her to remove her bodyguard, Katherine's maid Hilda, in order for them settle this thing "man-to-man".

When Katherine asks her what they need to settle, Darlene tells her that a certain someone named Ryan.  Katherine tells Darlene that nothing needs to be settled, and furthermore, she has wandered into her engagement party.  Darlene fires back, "Don't give me that Ertha, this is strictly a front.  You're still just bursting your stais trying to get my man".  Katherine questions, "Your man?", and Darlene, fires back, "Yeah, my man.  Oh now lookey here fluffy face, don't get me mad.  Cause if I get mad, I'm liable to throw you a dirty look, and where I look dirty, no grass grows ever."  Katherine smiles and tells Darlene that she is not after Ryan, and he is not after her.  Unsatisfied, Darlene challenges, "Okay, so he's not after you, but he ain't forgot you.  So I'm just warning you to keep your chassy out of the way.  Now is that enlightenment clear enough, or do I got to make it clearer?"  With that, Darlene hauled back and gave Katherine a swift slap with her opera gloved hand.  Katherine immediately responds by knocking Darlene off her feet with one punch just as Ryan arrives.  While looking over the top of her, Katherine said "Apparently Ryan didn't teach you anything."  Darlene began screaming and pointed at her saying "She punched me".  Ryan chimed in, "so she did, right in the button".

Darlene, figuring that Ryan would come to her defense, got up to the ground.  However, Ryan grabbed Henry and carried him like a suitcase into Katherine's bedroom.  Darlene was left shell shocked by being deserted by Ryan.

Ryan then asked Katherine to choose between Henry and himself, and she picked Ryan.  Ryan then threw Katherine over his shoulder, and opened the door.  Darlene, who was listening at the base of the door, fell over, and then commented to Ryan, "here I am Ryan".  Ryan simply ignored her and walked off with Katherine. 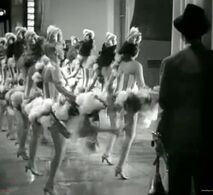 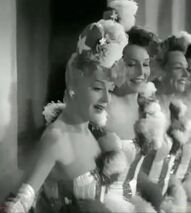 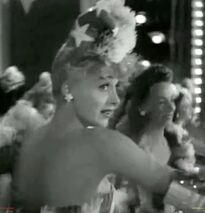 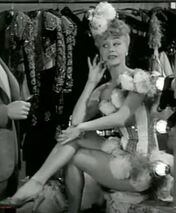 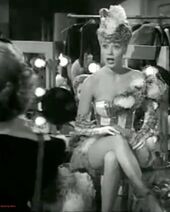 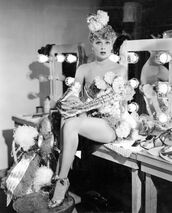 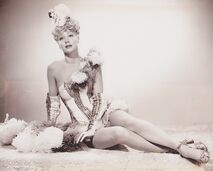 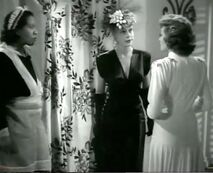 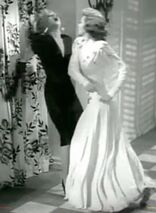 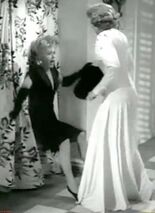 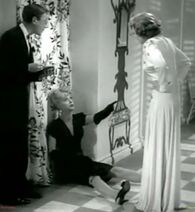 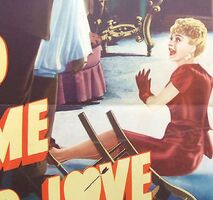 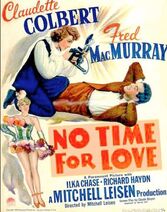