Start a Wiki
Christie Norton (Wendy Schaal) was a spoiled brat in the 1979 episode "Annabelle" for the TV series "Little House on the Prairie".

Christie was a girl who believed herself more important than she actually was.  She was more concerned with her own image rather than others.  Almanzo (Dean Butler) invited her to London's Circus that was shown in Walnut Grove.  In order to look her best, Christie hired Laura Ingalls Wilder (Melissa Gilbert) to mend her dress for her date with Almanzo.  Distracted by the fact that Almanzo was going out with Christie instead of her, Laura was five minutes late in delivering the dress.  This made Christie extremely cross with her, and she only agreed to pay her half of the agreed price.  However, Laura relented and gave it to her at no charge.

Later at the Circus, Christie was seen sitting in the front row along with Almanzo.  She appeared looking like the perfect little picture, but was not really enjoying herself, since she believed that Circuses were only for children.

Laura dressed up as a clown, and decided to get a little revenge on Christie.  She threw a bucket of water on her and when Christie stood up, she further stripped her down ot her Victorian bloomers.  Christie was extremely humiliated and embarrassed, and ran out in haste.  Laura and the entire crowd laughed and Laura kissed Almanzo on the mouth.  Christie was never seen again. 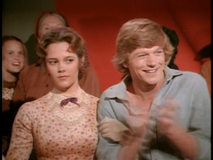 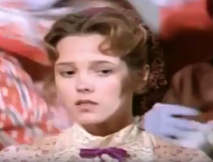 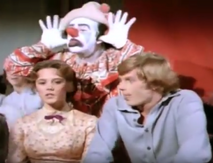 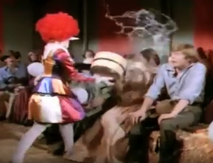 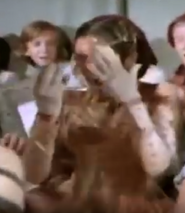 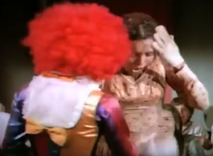 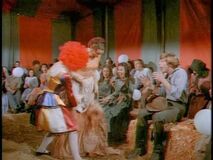 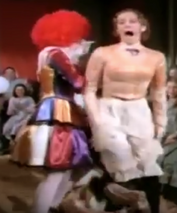 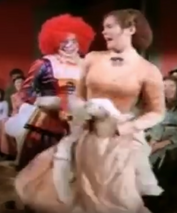 Add a photo to this gallery
Retrieved from "https://femalevillains.fandom.com/wiki/User_blog:Doalfe/Christie_Norton_(Little_House_on_the_Prairie)?oldid=170919"
Community content is available under CC-BY-SA unless otherwise noted.