Charlie Chambliss is an inmate and bully of Pridemore Juvenile Facility For Girls.  When newcomer Jenny (Linda Carol) arrives at the prison, Charlie greets her with the usual biker chick welcome.  Jenny fights back and proves herself from the get go.  A war of back and forth bikering is the main focus of the film.

Wendy wears nothing more than a leather G-string and push-up bra.  She has definately been around the block a few times, and sports a horse voice, a face that looks like its experienced way too many drugs in her lifetime, and a toned body that presents herself with an odd sort of attractive qualities.

Warden Sutter (Sybil Danning) plays the beautiful but strict warden, and her overweight assistant Edna (Pat Ast).  Since Charlie is on Edna's good side, nothing bad can happen to her.

Jenny has made friends with Lisa (Stoner) who has a stuffed toy bunny as her only companion.  The toy bunny is later burned by Edna.  Jenny then discovers a little white kitten, but Edna stomps to death.

When Lisa, who breaks out of confinement, tries to climb the loudspeaker tower to escape, plunges to her death.

When Warden Sutter and Edna break up a fight in the barracks, Charlie stands up to the Warden.  As a result, Charlie is sentenced to solitary confinement, and Edna tells her the "party is over", meaning that she no longer will recieve preferential treatment.  As a result, Charlie's alegiance changes, and she ends up helping Jenny.

A riot takes place, and many of the women are killed, including Charlie who dies while riding on the top of a school bus through the prisons fence.  Charlie's body ends up in flames and dies from apparent injuries while falling off vehicle.  Jenny is the last woman standing, and she is freed when her record and testimonies show her innocence. 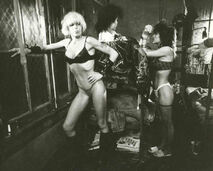 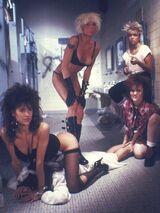 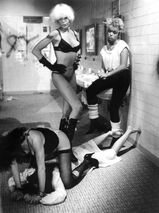 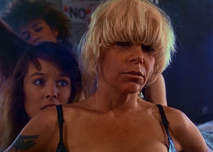 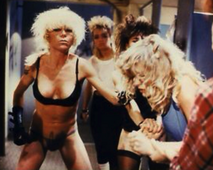 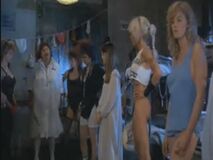 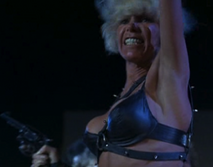 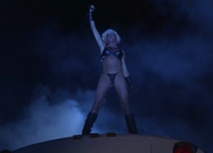 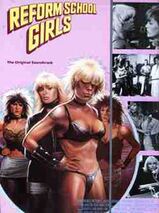 Add a photo to this gallery
Retrieved from "https://femalevillains.fandom.com/wiki/User_blog:Doalfe/Charlie_Chambliss_(Reform_School_Girls)?oldid=96712"
Community content is available under CC-BY-SA unless otherwise noted.
FandomShop DC Trivia GalaxyQuest