Start a Wiki
CereCere is a member of the Amazoness Quartet who work for Zirconia and Queen Nehelenia. This is the original depiction of the character created by Naoko Takeuchi.

In the manga, CereCere and the rest of the Quartet were reverted to their Amazon Stone and she was discovered to be Sailor Ceres, one of the four protectors of Chibiusa. Since she was the leader of the Sailor Quartet, Ceres had most of the speaking lines.

Her name, and her Senshi name (Sailor Ceres), is derived from one of the four major asteroids in the Asteroid Belt, keeping to the theme of our Solar System. Ceres, once considered an asteroid, has now been classified as a dwarf planet.

The name Ceres can have its roots in multiple Latin words, such as crescere (to grow), creare (to create/to give birth), cernere (to decide), cera (wax) and cervus (deer). All of these words and meanings link the name to Ceres, the Roman goddess of agriculture, motherly relationships, and fertility 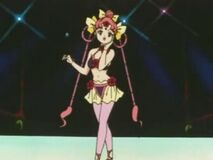 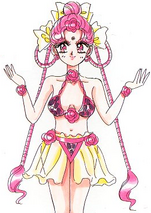 Add a photo to this gallery
Retrieved from "https://femalevillains.fandom.com/wiki/User_blog:Doalfe/CereCere_(Sailor_Moon)?oldid=116061"
Community content is available under CC-BY-SA unless otherwise noted.