Start a Wiki
Caitlyn McNabb (Virginia Williams) is the main antagonist in the 2010 ABC Family Original Movie, "Revenge of the Bridesmaids".

Caitlyn was the spoiled rich girl in a group of girls who grew up together.  Caitlyn was the homecoming queen and captain of the cheerleading squad.  These friends were Abigail Scanlon (Raven Symone), Parker Wald (Joanna Garcia), and Rachel Phipps (Chryssie Whitehead).

Now as adults, it turns out that Caitlyn is no longer their friend, and to make it worse, she is engaged to Rachel's ex boyfriend, Tony.  Caitlyn is still living with her mother at "Bellefontaine" in Lousiana, and living the spoiled brat lifestyle.

She has supposedly entrapped Tony by claiming she is pregnant with his child, which is why they are getting married.  Caitlyn and Tony had a one night stand.

Abigail, Parker and Rachel are determined to stop the wedding, but they meet with resistance from Caitlyn as well as her mother Olivia McNabb (Beth Broderick), who is also her wedding planner.  Parker and Abigail go "undercover" as Caitlyn's bridesmaids to sabotage the wedding.  The girls discover that Caitlyn is not pregnant, and she is really doing all this to marry Tony for his money.  They therefore develop an elaborate plan.  They steal Caitlyn's wedding dress and put it through a garden shredder, then they play in the white pellets it forms.  However, it goes terribly wrong and the trio is arrested, but Parker convinces Henry Kent (David Clayton Rogers), the policeman to release them.   While Caitlyn is trying on her brides outfit, the girls snuck back into the room and began tying her up in order to kidnap her.  When Caitlyn's matron of honor Bitsy (Brittany Ishibashi) walks in on them, she claims she never liked her either despite being her sorority sister, and helps in the abduction.  After tying her up with ribbons, they roll her up into a carpet and carry her down the stairs and load her up into a moving van.  Later they try to force her to drink tea in order for her to have to pee for a pregnancy test.  She refuses to comply, so they threaten to cut her gorgeous bangs....therefore she agrees.

They then wheel her into the hospital and have the nurses administer a pregancy test.  The girls then trick her into admitting the truth.

At the wedding, the girls force Caitlyn to reveal the truth, and Tony dumps her by pretending to have lost all his money.  A humiliated Caitlyn cancels the wedding and flees the scene.  Aftre Caitlyn is gone, Tony gets on one knee and proposes to Rachel and reveals that he lied about not being rich.  At the end of the film, Rachel marries Tony.  We don't hear from Caitlyn again. 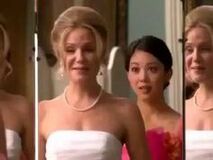 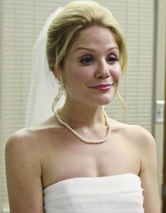 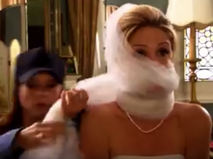 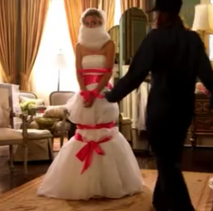 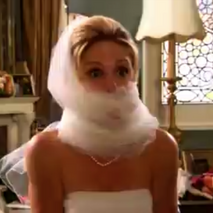 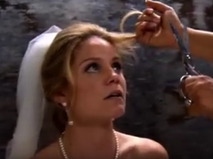 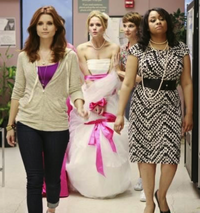 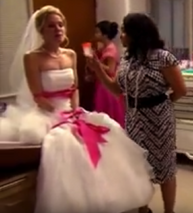 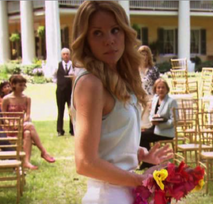 Add a photo to this gallery
Retrieved from "https://femalevillains.fandom.com/wiki/User_blog:Doalfe/Caitlyn_McNabb_(Revenge_of_the_Bridesmaids)?oldid=200242"
Community content is available under CC-BY-SA unless otherwise noted.