Start a Wiki
Bryn Breitbart (Katherine McNamara) is an antagonist for the TV series "Jessie".  She appeared in two 2013 episodes of the series including "Kids Don't Wanna Be Stunned" and "Diary of a Mad Newswoman".

Bryn Breitbart is a snobby mean girl that attends East View High School.  She was thought to be a member of the Royal Danish Family, and thirteenth in line for the throne of Denmark.  However, that was discovered to be false and Bryn was labeled a liar.  It was later reveled that her family makes toilet paper.

Bryn is an enemy of Emma Ross (Petyon List).  She turned all of Emma's friends against her in the episode "Kids Don't Wanna Be Shunned".

In the end, she throws a nacho at Rosie (Kelly Gould), aimed for Emma, and causes Rosie to "die" (she only falls).

In the episode "Diary Of A Mad Newswoman", she begs Emma to be her friend again, which she accepts.  Luke Ross, Emma's brother, falls in love with her right when he first saw her, which she returns the feelings when she kissed him on the cheek.  Later, she tricked Emma into thinking the cafeteria meat was horse meat, which made the school principal furious and made Ravi fire her from the team.  As a result, Luke was no longer interested in her.  She was later caught when Emma, Luke, and Ravi tricked her into confessing it.

Bryn was forced to either tell the principal the truth or they would tell the whole school about what she did.  She confessed, which got her fired from the team. 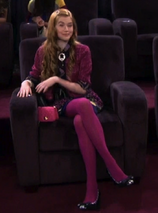 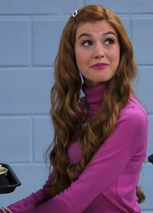 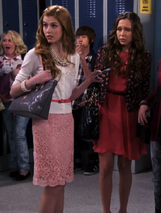 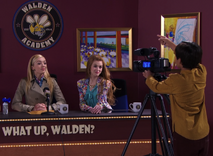 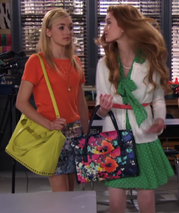 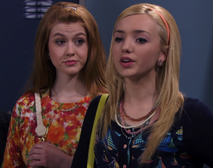 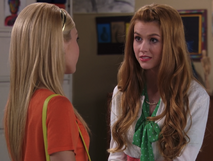 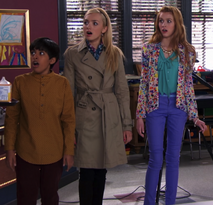 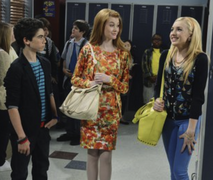 Add a photo to this gallery
Retrieved from "https://femalevillains.fandom.com/wiki/User_blog:Doalfe/Bryn_Breitbart_(Jessie)?oldid=187617"
Community content is available under CC-BY-SA unless otherwise noted.