The Female Villains Wiki
Register
Don't have an account?
Sign In
Advertisement
in: 1990s, Blonde, Business Suit,
and 17 more

Andrea Thorpe is Cybill's casting competitors, who makes a habit of beating her out of several jobs.  The back story is that Cybil (Cybill Shepherd) went as far as throwing her down a canyon because she made her so mad.

is first seen running into Cybill on the set "Chicago Hope", where Cybill is playing a coma victim.  She is surprised to see Andrea introduced as the shows newest hire to play a physician.  To make matters worse, Andrea announces that she is getting married to Dr. Dick, the ex-husband of Cybill's best friend Maryann Thorpe (Christine Baranski).

Cybill then saw Andrea coming out of the office of another producer and taking the job she was auditioning for.  Andrea mentioned that she decided to pursue it after Cybill mentioned she wanted it.

After receiving invitations, Cybill and Maryann (Christine Baranski) decide to attend.  However, Andrea includes directions that lead them to a hot dog stand, rather than the actual reception.  As a result, the two plot revenge schemes to ruin the wedding reception.

First they spike the pheasant shaped pate with jalepna peppers, but it falls apart.  Then they attempt to place a bottle of stink bomb solution in the back pocket of Dr. Dick.

Since Dr. Dick is a plastic surgeon, Maryann suggests that they start a fire and watch all of the guests begin to melt.

Cybill samples the pate without thinking about it, and her throat begins to burn.  She attempts to drink all the available champagne for relief.  When Maryann pats her on the back, it sets off the stink bomb that Cybill had hidden inside her bra.

Maryann and Cybill then turn on the sprinkler system to go off when Andrea walks by, but instead it sets off in their direction, and they get soaked.

At the conclusion of the ceremony, Andrea comes over to Cybill and Maryann.  Maryann offers her congratulations and walks away.  Cybill remarks to Andrea that she just witnessed a class act.

Just when they think nothing they planned was going right, a helicopter that Cybil had ordered arrived and hovered over the ceremony.  It resulted in food and water being swept up and thrown all over the guests.  Ladies fake hair blew off their heads, and Andrea's hair looked less than perfect.  Cybill and Maryann looked on in glee as they had finally sabatoged the party.

When the helicopter left, Andrea called Cybill out in front of the ceremony, telling her that she ruined her wedding, and that it was her time to be a princess.  This set off a major food fight as the two of them proceeded to throw, dump and smash each other with various items from the large reception table.

Finally, Cybill picked up a pie plate and started toward Andrea who began backing up and saying no.  Eventually, she backed up to a walled pond, and she fell backward into it.  After climbing up and onto the ledge, Cybill proceeded to smashing the pie in Andrea's face.

Maryann then walked up to Richard "Dr. Dick" and congratulated her.  She then grabbed his face and pushed it down into a cake on the reception table.

Satisfied that they had accomplished their goals, Cybill and Maryann sat down next to the pond.  Taking a glance backwards, they both at the same time decided to lean backwards and fall into the water together. 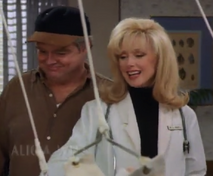 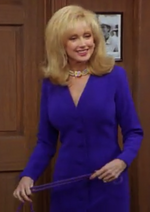 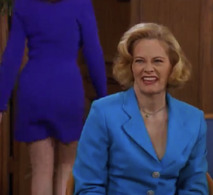 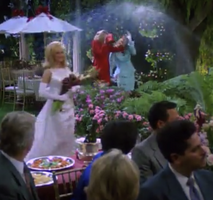 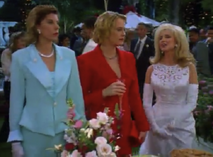 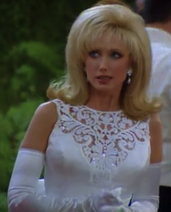 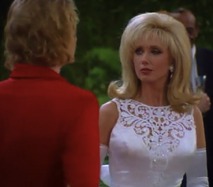 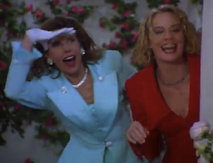 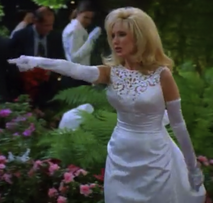 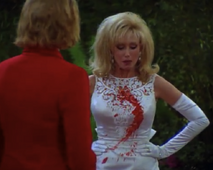 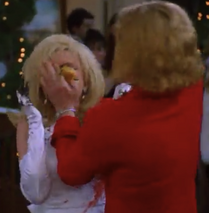 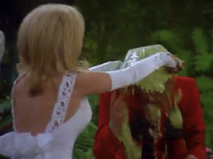 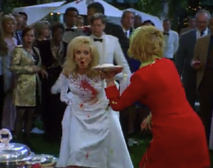 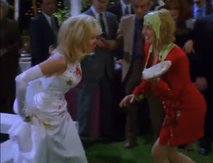 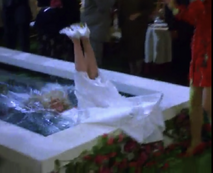 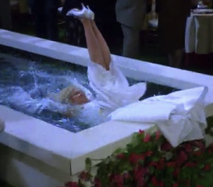 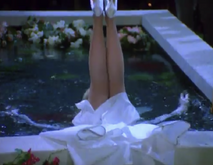 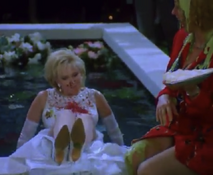 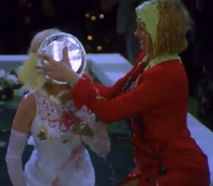 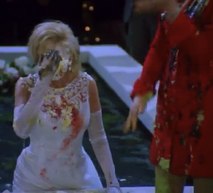 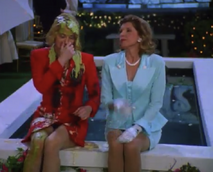 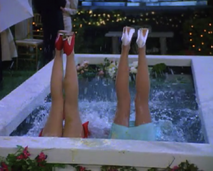