Start a Wiki
Amber Pollock (Cassie Scerbo) is a redeemed antagonist in the 2011 film "Teen Spirit".

Amber was a rich, mean, snobbish and popular girl along with her friends Carlita Cache (Gabriela Lopez), Dakota (Katrina Rose Tandy) and Paisley (Carissa Capobianco).  Amber was the most popular of all of them, and when she was crowned prom queen at Ashley high school, she got electrocuted on stage.  After her death, she became a spirit, and was told by an angel named Supervisor J-3 (Tim Gunn) to return to her high school as a ghost and arrange that the school's least popular student, Lisa Sommers (Lindsey Shaw) become Prom Queen.

However, after Amber's death, her best friend Carlita inherited the lead of their gang, and tried to be crowned prom queen herself.

Amber tries to convince Lisa that she can get her attention from her crush, Nick Ramsey (Chris Zylka).  She takes her shopping to get Lisa some new outfits for school and the prom.  In addition, she gives her a make-over with a new hairstyle and perfume.  Lisa then meets a boy named Aidan, who she becomes interested in.

The next day at school, Lisa's friend Selena learns about Amber's involvement with Lisa's popularity and decides to use black magic to tell Amber to leave Lisa alone.  However, Amber tells her she needs to right what she did wrong in order to get into Heaven.  Selena is sympathetic but still pleads for Amber to help Lisa return to normal.

Carlita begins dating Nick Ramsey, Amber's old crush.  Carlita holds a house party, and Amber and Lisa decide to mess with Carlita's plan by changing the party's date and sending this change in an email from a school computer to everyone's phone at their high school.  Everyone shows up at Carlita's house a day early, and Carlita is humiliated when they take pictures of her with zit medicine littering her perfect face.

This ruins Carlita's plans, and they then plan a party at Lisa's house the same night.  During the party, Amber gets Lisa up on stage to sing.  This attracts the attention of Nick, and the two share a kiss.  Nick tells Lisa of his intention to break it off with Carlita.

Feeling guilty, Amber confronts Lisa and realizes that she has unintentionally ruined her life by making her popular.  She jumps into Lisa's body to drive her out into the middle of nowhere.  She did this so that Lisa would miss the prom that evening.  Lisa is able to get a hold of Selena to come pick her up.

In the meantime, Amber reports to Supervisor J-3 and tells him that she has failed in her task.  As a result, he takes her on a ride down to Hell in a flaming prison shuttle bus.

Back at the prom, Lisa confesses to the rest of the school that it was her that sent the mass email about the change to Carlita's party, not Raj (who got suspended).  She then makes a speech on stage that everyone should break down the barriers between the popular and unpopular by voting Raj as Prom King which almost all of the students agree upon.

Carlita is angry that she is not crowned queen.  Carlita jumps up on stage and tells the crowd dancing that they should not mix popular and non-popular students, that it is against nature.  She attempts to stop the music by pulling wires from the stage's control box.  She does this in an attempt to thwart Lisa and Aiden, who has shown up looking for her, from dancing together.  As a result, the control box electrocutes Carlita in the process and she dies.

After Raj is elected Prom King, Amber appears to Lisa one last time and the two share a hug.  She then promises to watch over Lisa from Heaven before she goes. 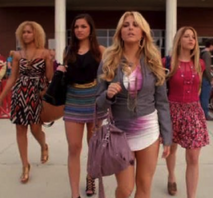 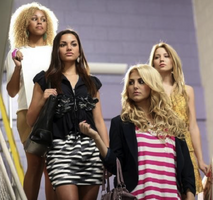 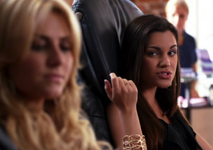 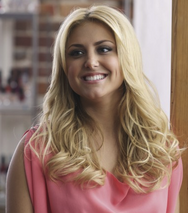 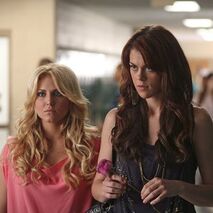 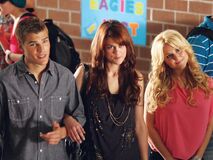 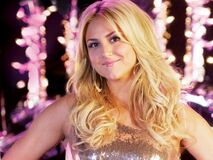 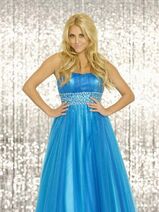 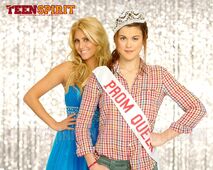 Add a photo to this gallery
Retrieved from "https://femalevillains.fandom.com/wiki/User_blog:Doalfe/Amber_Pollock_(Teen_Spirit)?oldid=170907"
Community content is available under CC-BY-SA unless otherwise noted.