Start a Wiki
Alyssa is an antagonist in the Dreamtales Comics entitled "Alyssa the Witch Little Sister".

Alyssa is is practicing her witch skills with her mother, when her older sister Kim walks in on them.  Kim finds out from her mother that Alyssa has just learned of her skills like her mother and grandmother had before her.  A little jealous of Alyssa, Kim wishes that she was one too.

Later that week, Alyssa and Kim head to the beach.  Kim is concerned that her boyfriend Mike is with another girl.  Alyssa turns Kim into a little girl, so that she can spy on Mike without being noticed.  While playing nearby, she finds that the girl with Mike is his sister.  When she asks Alyssa to turn her back to her normal self, she is unable to do so.

Alyssa instead, turns herself older giving herself large breasts, which Mike likes.  Mike is instantly interested in her, which makes Kim extremely jealous.  Alyssa warns her not to mess with her, or she will do other spells on her.

Later Alyssa asks for forgiveness from her sister.  However, Kim and Alyssa then notice that Mike is with another girl.  This girl is extremely top heavy, and Kim tells Alyssa to make her boobs even bigger to catch his attention.  Alyssa reminds Kim that she doesn't want to be "an inflatable boy toy".  Just then, a thought comes to her mind, and she tells Kim that "I think I'll let some air out of her tires".

While Mike and the brunette are getting to know each other, the girl's body begins to regress into a little girl, losing all of her curves and extra padding.  Her large breasts inflate to nothing, and she suddenly runs off humiliated.  Alyssa and Kim laugh hysterically, until they realize that he is coming back to talk to them again.  Alyssa remarks that his friend looked a little deflated.  Mike reminds that most girls don't get a second chance, but that this is her lucky day.  With that, Alyssa turns Mike into a little boy to teach him a lesson.

Humiliated, Mike began to fight with Kim.  However, the spell began to wear off, and Kim suddenly turned big again, and told Mike to "run along little boy".  No telling if the spells wore off for Mike and the lovely lady. 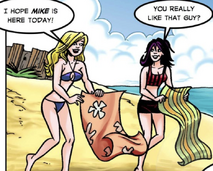 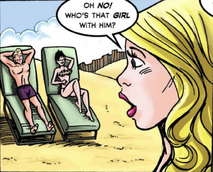 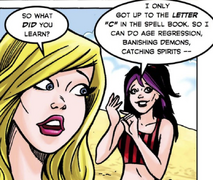 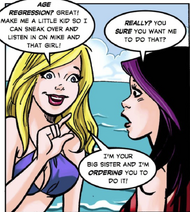 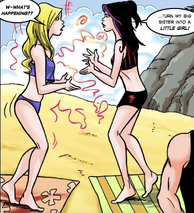 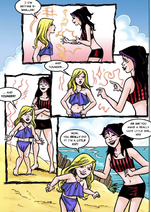 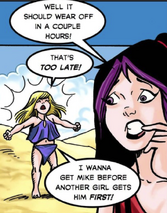 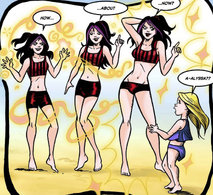 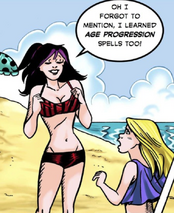 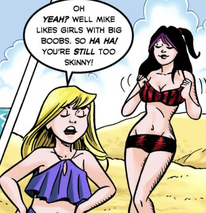 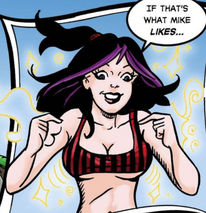 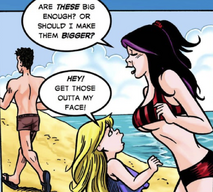 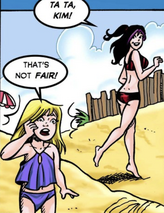 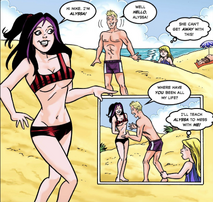 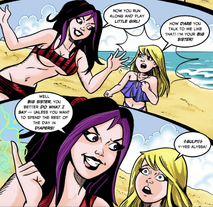 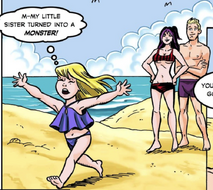 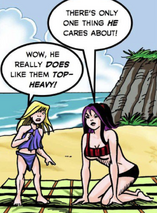 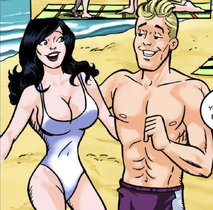 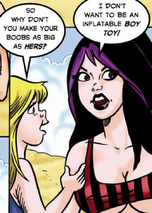 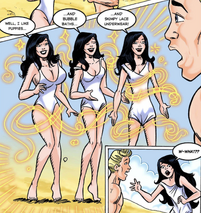 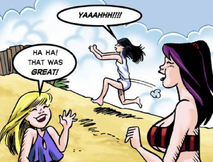 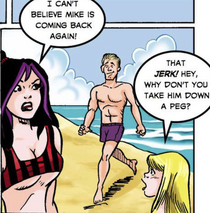 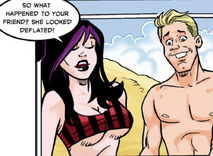 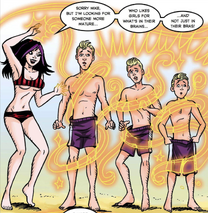 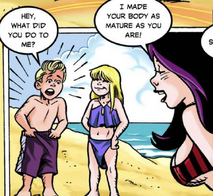 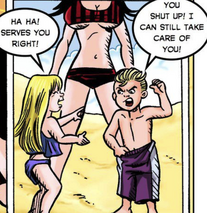 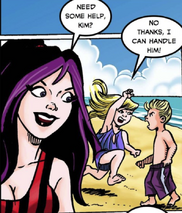 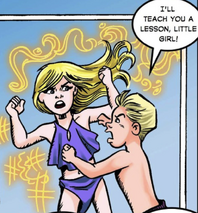 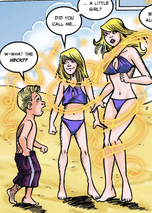 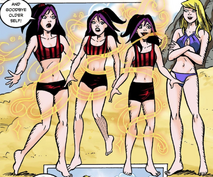 Add a photo to this gallery
​​
Retrieved from "https://femalevillains.fandom.com/wiki/User_blog:Doalfe/Alyssa_(Alyssa_the_Witch_Little_Sister)?oldid=138802"
Community content is available under CC-BY-SA unless otherwise noted.