Lieselotte Sherlock is the older sister of Selina and the Trinity Seven of Acedia in the anmation Trinity Seven. Prior to Arata's enrollment at the "Royal Biblia Academy", she vanished until reappearing before her friends as an evil mage.

young lady with long flowing blonde hair tied up in twin tails. Compared to her younger sister Selina, she has purple eyes and her body is much more developed, particularly her breast.

Lieselotte's Thema is Stagna from the Acedia Archive. Like many Acedia magicians who had appeared in the story, she practices Logos Art, magic branch that deals with time-space and calculation.

After being defeated and saved by Arata, Lieselotte has since become his friend and ally (which means, a member of his harem). 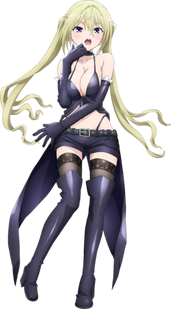 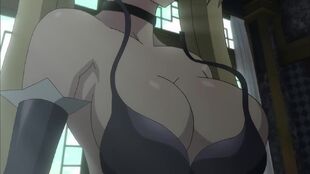 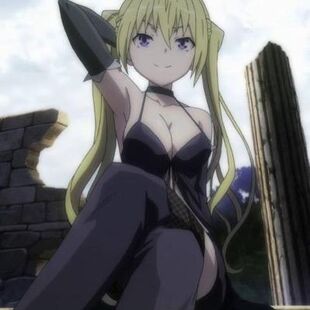 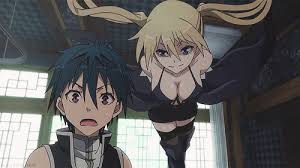 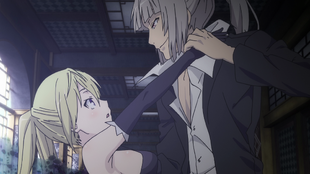 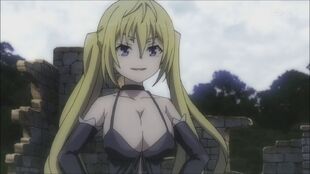 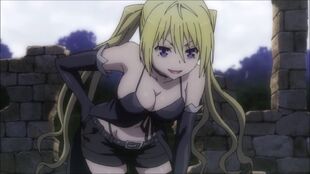 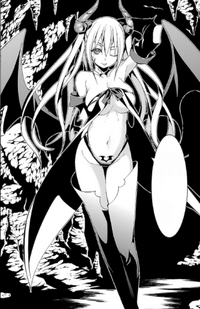 In manga
Add a photo to this gallery
Retrieved from "https://femalevillains.fandom.com/wiki/User_blog:DUOAmarceck/Lieselotte_Sherlock_(Trinity_Seven)?oldid=128004"
Community content is available under CC-BY-SA unless otherwise noted.