The Female Villains Wiki
Register
Don't have an account?
Sign In
Advertisement
in: Blog posts, 2010s, Barefoot,
and 26 more

Bee (Samara Weaving) is the main villainess in Netflix’s 2017 horror-comedy The Babysitter, as well as a redeemed character in the 2020 sequel The Babysitter: Killer Queen. She was the determined, tenacious, morbid, warped, murderous, amoral, hebephilac and very manipulative babysitter of 12-year-old Cole Johnson (the film's protagonist) and appeared to be friendly towards him, defending him from his neighbor Jeremy, who bullies him by whispering something in his ear that scares him away. After dropping Cole off at his house, she claims that they'll party tomorrow night.

The next day, she comes to his house to watch him while his parents go out for the night. Bee and Cole have fun together swimming, dancing, and mimicking movies, with Bee even offering Cole alcohol.

After making sure Cole goes to bed, she invites her friends over. though Cole spies on them without her knowledge. Her friends are Allison, Max, Sonya, John, and Samuel. After playing truth or dare, she raises two daggers up and stabs Samuel in the head, while Cole watches in horror at Bee's villainous reveal. Her friends fill two cups with Samuel's blood and revealed themselves as a Satanic cult. They then prepare to get Cole's blood, but he secretly ran to his room and called 911 before pretending to go to sleep. When they enter the room, they use a needle to take his blood and he manages to hold still, despite his fear of needles. After they leave his room, Bee hears footsteps and goes into his room. She finds him trying to escape, but Cole passes out from blood loss before he can.

In the living room, the group interrogates him while Bee confesses she drugged the alcohol, but finds out Cole didn't drink it because he hates alcohol. They try to convince him that they're doing a science project and are about to untie him, but see cops outside. When the cops enter, the evil friends fight them off and kill them, but not before Allison is shot. They then force Cole to give up the code to get rid of the other arriving officers, and Bee gives little regard to Allison's cries of pain, refusing to call her an ambulance.

Throughout the film, Cole fights back and kills John, Sonya, and Max. When Allison is preparing to kill Cole with a knife in the film's climax, Bee suddenly appears and kills her with a shotgun. She then revealed to Cole that, when she was younger, she made a deal with the Devil to sacrifice innocent people to him in exchange for having whatever she wanted, and offers to let him join her in her ruthless quest. Cole, however, refused and burned the Satanic book Bee used in her ritual. As Bee tried to salvage the book, Cole ran to his friend Melanie's house and plowed her Dad's car into the house, seemingly killing Bee. But the film's final scene showed Bee attacking a firefighter arriving at the scene, showing that she had somehow survived the house collapse. Her fate beyond that is left unknown.

Bee appears at the climax of the film, pretending to be an ally to the newly resurrected Allison, Sonya, Max and John, as well as the newly-villainous Melanie. Her true intentions, however, are to save the life of both Cole and Phoebe (another child who she once babysat) and thus orchestrates a plan that involves the blood of Cole becoming tainted. The plan is a success, and during the ritual, the betrayed Allison, Sonya, Max, John and Melanie are killed and sent to Hell. 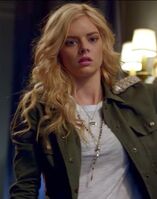 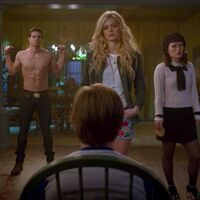 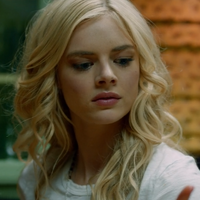