Start a Wiki
Kelly Conway, aka Bridget Miller (Anna Van Hooft), is the main villainess from the 2017 Lifetime film, My Baby Is Gone! (airdate September 4, 2017).

Bridget's backstory reveals that she was undergoing surgery at the same hospital that Emily Jones (the film's protagonist) was suffering her miscarriage. Dr. Rodman, the physician in charge, tended to Emily, while Bridget suffered bleeding from her uterus that was so bad that she lost her ability to have children. Days later, Bridget, a police dispatcher, was on call when Emily disappeared. This allowed Bridget access to Emily's info, and she used it in a vengeful plot to take possession of Emily's second unborn baby, Jillian.

Bridget spotted pregnant Emily Jones and decided to take her baby, with her plan beginning with posing as her friend and new neighbor. To do so, Bridget infiltrated the home of Emily's neighbor, Sheila Johnson, and held her captive in her downstairs basement. She later began wearing padding around her waist to give the illusion that she was seven months pregnant.

Bridget introduced herself to Emily as Sheila's niece, Kelly Conway, and befriended Emily through her pregnancy. All the while, Kelly began sabotaging Emily's mental state, beginning with planting fake blood to make her believe that something was wrong with her baby. While at the hospital, Kelly feigned concern for Emily to Peter (Emily's husband), making Peterbelieve that Emily has become unstable, mainly due to the fact that Emily had suffered a miscarriage in the past. As for Sheila, Kelly bludgeoned her to death with a fireplace poker after berating her regarding her twisted plan.

The villainess continued playing on Emily's sanity at her baby shower, as she made Emily believe that her unborn baby wasn't even breathing. Seeing Emily's best friend, Susan Moore, as an obstacle, Kelly decided to set up Susan as Sam's mistress. At that same baby shower, Kelly took an article of clothing that belonged to Susan and planted it in Emily's bedroom, which successfully led to Emily accusing Sam and Susan of having an affair. Later in the film, the evil Kelly caught Susan hiding in her closet and revealed her plan to her, right before she pointed a gun at Susan. The two women struggled for the gun, which ended with Kelly shooting Susan to death.

Emily learned Kelly's true identity from Dr. Rodman at the film's climax, and she attempted to call Susan regarding her suspicions about Kelly. At that moment, Kelly called Emily for help with the claim that she fell and was hurt on the stairs, and after Emily came, Kelly drugged her and took her down to the basement. After this, Kelly revealed that her pregnancy was fake and also revealed her plans to take Jillian, all the while boasting about successfully making people believe that Emily was crazy. After feigning worry with Peter regarding Emily's whereabouts, Kelly returned to Emily and pointed a gun at her, while forcing her to drink a concoction that later knocked her out. She later drove Emily to a wooded area, but after she stopped, Emily fought off Kelly and attempted to escape, only to discover that Kelly had the keys, and was outside brandishing her pistol.

It was at that moment that Kelly revealed her shared backstory with Emily, which was the motive for her plan. She also forced Emily to dig a shallow grave, with plans to kill her after her labor was induced. Emily began berating Kelly and informed her that Jillian would never love her because she wasn't her real mother, which angered Kelly and prompted an attack towards Emily, who later knocked out her captor. It can be assumed that Kelly was apprehended and arrested (off-screen) for her actions. 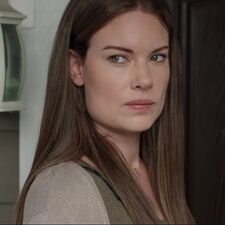 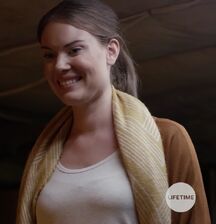 Add a photo to this gallery
Retrieved from "https://femalevillains.fandom.com/wiki/User_blog:CEDJunior/Kelly_Conway_(My_Baby_Is_Gone!)?oldid=183949"
Community content is available under CC-BY-SA unless otherwise noted.