Start a Wiki
June Morgan (Deborah Harmon) is the main villainess from Married...With Children's tenth season finale, "The Joke's On Al" (airdate May 19, 1996). She is Peggy Bundy's rival from Wanker County, and June's backstory revealed that her fiancee was stolen from her by Peg at the Wanker Wedding Hole (when they were 12).

Shortly before the episode's events, June ran into Peg in Wanker County (during Peg's attempt to reunite her parents) and vowed revenge on her; stating that she would seduce and steal Al from her. She later appeared at the Bundy household and introduced herself to Al, Kelly (Christina Applegate), and Bud, while preparing weenie tots for Al. June called herself an "old friend" of Peg's, and was permitted to move into the home by Al.

At the time, Al was involved in a prank war with Jefferson D'Arcy, and he figured that June was actually part of a prank orchestrated by Jefferson, which involved Al proving that he could actually cheat on Peg. With that mindset, Al decided that he would beat June (and his friendly rival) to the punch and become the aggressor in the "set-up." The next morning, June hears a phone message left by Peg warning Al about her rival, which the villainous vixen deletes in disgust. June later makes her move and seduces Al, much to his extreme shock. Al backs off at first, but wanting to win the prank war, he decided to propose to June, believing she'll back away. Al falsely claims that Peg filed for a "quickie Spanish divorce," and after this, June happily accepts Al's proposal.

In the episode's climax, Al and June's "wedding" took place in the home, with Gary Coleman as an ordained minister. Jefferson arrived later on, but Al continued the ruse, still believing that June would back off. After June says her "I do," Jefferson opens the front door and Peg appears, having returned from Wanker County with Ephraim Wanker. She later confronted June regarding her attempt to marry Al, and later knocked out the villainess with one punch. 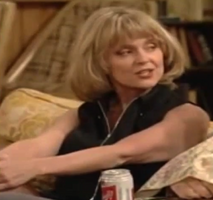 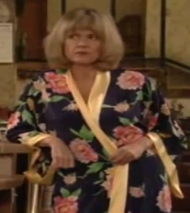 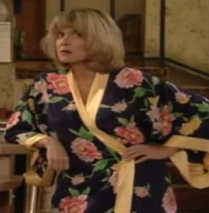 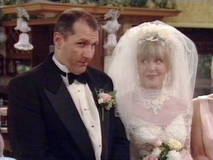 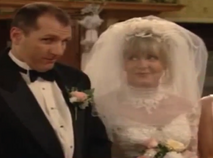 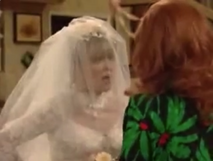 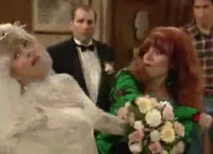 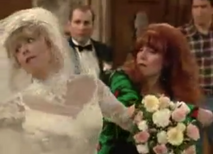 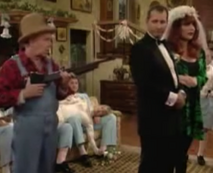 Add a photo to this gallery
Retrieved from "https://femalevillains.fandom.com/wiki/User_blog:CEDJunior/June_Morgan_(Married...With_Children)?oldid=120344"
Community content is available under CC-BY-SA unless otherwise noted.