Jennifer Bassett first appeared in episode 4.11, "An Affair to Forget" (airdate November 29, 1996), and she had broken up with Shawn Hunter, leaving Shawn despondent. After seeing Jennifer with another boy, Cory Matthews cheers up Shawn by revealing his true thoughts on Jennifer, stating that she was stuck up and manipulative. Feeling confident, Shawn confronts Jennifer with everything Cory told him about her, but she later seduces and manipulates Shawn into revealing that Cory was the one badmouthing her. Jennifer walked with Shawn and gave a literal snarl at Cory, and after regaining Shawn as her boyfriend, she uses seduction and manipulation to keep Shawn away from Cory. The longtime friends continued to hang out, doing so behind Jennifer's back, making both of them miserable. At episode's end, Topanga Lawrence arranged for Cory and Shawn to meet, but also tipped off Jennifer to show her that her evil manipulations couldn't tear them apart. The villainess made one last attempt to seduce Shawn and force him to choose, only for Shawn to choose his best friend, permanently ending his relationship with Jennifer.

Jennifer returned in episode 5.15, "First Girlfriends Club" (airdate February 13, 1998), as she formed an alliance with two more of Shawn's former girlfriends, Libby Harper and Dana Pruitt, to abduct Shawn (who was on his way to a Valentine's Day date with current girlfriend, Angela). The trio lured Shawn into meeting them at the boathouse, and after his arrival, the three of them handcuffed him and placed him on trial for "crimes against womanhood." They had witnessed Cory and Topanga splitting up due to the latter finding Lauren's letter to the former (which included details of a kiss they shared), and used that to abduct Shawn, claiming that Shawn used them and hurt them and he would do the same to Angela. After Angela worries about Shawn not showing up for their date, Jack (Shawn's half-brother) and Eric (Cory's brother) find Shawn at the boathouse, where they called Angela and Cory. However, while the trio's methods were immoral, Shawn did realize that he did hurt them but didn't want to make the same mistake with Angela, and suggested that they take things slow as friends. As for Jennifer, Libby, and Dana, they ended up spending Valentine's Day with Eric and Jack at episode's end.

Jennifer appeared in the Boy Meets World spinoff, Girl Meets World, doing so in episode 2.17, "Girl Meets Farkle" (airdate September 11, 2015). She was introduced as the wife of Stuart Minkus (Cory and Topanga's former classmate), and the mother of their son, Farkle Minkus. In the episode, Jennifer and Stuart were throwing a party celebrating Farkle's status as a genius, and as shown in the episode, Jennifer still retained her controlling nature, though she was much nicer than she was in the past. Cory and Topanga supported Jennifer and Stuart as Farkle was undergoing tests to determine whether he had Asperger's Syndrome, a form of autism; it was later revealed that tests showed that he doesn't have Asperger's. In Jennifer's last scenes of the episode, she reminisced over their high school days; and referenced Cory's fear of her intimidating personality. She stated that her personality was due to her not caring what others thought of her, and she thanked Cory and Topanga for being there for them regarding Farkle. In response to Jennifer's gratitude, Cory stated that he's no longer scared of her, which prompted a fond smile from Jennifer. 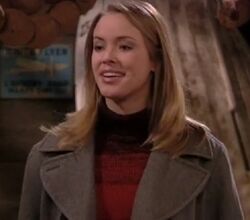 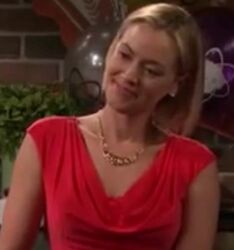 Jennifer Bassett Minkus in Girl Meets World
Add a photo to this gallery
Retrieved from "https://femalevillains.fandom.com/wiki/User_blog:CEDJunior/Jennifer_Bassett_(Boy_Meets_World)?oldid=171702"
Community content is available under CC-BY-SA unless otherwise noted.