Start a Wiki
Eve (Inbar Lavi) is a recurring (later redeemed) villainess from the fourth season of Lucifer (airdate May 8, 2019).

Eve is the very first woman created by God as a wife for Adam, and as told in the Bible, she was tempted by Lucifer--with Eve being introduced in the series as Lucifer Morningstar's former flame. Her very first appearance came at the very end of episode 4.03, "O, Ye of Little Faith, Father," as she entered Lux (Lucifer's nightclub) and ordered an appletini.

Lucifer's first encounter with Eve came in the following episode, "All About Eve," as Eve revealed that she left Heaven out of boredom and headed to Earth after hearing about everything that happens on the surface. The episode saw them on an independent pursuit of an expensive necklace which caought the eye of Bashir Al-Fassad, which led them to a bar known as Dalton's place, where they encountered con woman Odessa (who was on the plane with Eve and Jacob Silva).

A bar fight ensued shortly afterwards, and Lucifer and Eve helped Chloe Decker find the necklace and catch Silva's killer, revealed as his business partner Toby Golden. Eve later took the necklace and revealed her real reason for leaving Heaven:  wanting to rekindle her relationship with Lucifer, adding that she loves him just as he is. Eve's relationship with Lucifer continued on in the following episode, "Expire Erect," where she meets Ella Lopez and Chloe, with the latter realizing that Eve is the actual Eve from the Bible. Eve later supports and assists Ella in diffusing a bomb planted in Lux by Marco Franklin and was intended to be detonated by Marco's wife, Leona, and the episode ends with her relationship with Lucifer cemented, as Lucifer referred to Eve as his girlfriend.

Eve's sinister personality began to surface in episode 4.06, "Orgy Pants to Work," beginning with her displayed jealousy of Chloe, despite liking her. After Joan, a police officer, was killed by the episode's central villain, Julian McCaffrey, Eve reminded Lucifer that she wanted the part of him who used to punish people for bad deeds, leading to the final scenes of the episode where an angry Lucifer tracked Julian and kicked him through the window of his hideout. The episode ended with Eve sadistically watching as Lucifer breaks Julian's spine, with Julian revealed to be paralyzed in the beginning of the following episode, "Devil is as Devil Does." Eve decides to go with Lucifer to his job as a consultant, doing so to coerce and watch Lucifer punish more criminals. Her attempt to coerce Lucifer into punishing Julian's father, Jacob Tiernan, was stopped by Chloe, who Eve referred to as a bad influence on Lucifer.

In episode 4.08, "Super Bad Boyfriend," Lucifer attempts to break up with Eve after Chloe informed him of Father Kenley's prophecy that Lucifer getting together with his first love (Eve) would bring all sorts of evil in the world. After a direct approach resulted in Eve only paying attention to Lucifer's love for her, Lucifer took up various activities in an attempt to ignore and annoy her, only for Eve to join him in his new interests. Lucifer successfully broke up with Eve in the end of the episode, and in the season's penultimate episode, "Save Lucifer," Eve and Mazikeen decided to make Lucifer jealous of her, with Mazikeen expressing romantic feelings for Eve. However, Eve later went on her own mission to get back with Lucifer, which included dressing like Chloe as the group was on the case of the murder of Megan Murphy.

While attending a masquerade party at Lux, Lucifer--who was undergoing a demonic transformation--asked Eve why she never hated him for what he did to her, with Eve stating that she loved him. Afterwards, Mazikeen performed a song directed towards her affections for Eve, only for Eve to use Mazikeen's message in her quest to get Lucifer back. Eve turned heel afterwards by breaking Father Kenley out of police custody, and later taking him to Mazikeen's house and shackling him, while also asking Kenley to inform Lucifer that the prophecy was false. An annoyed Mazikeen walked out of the house to tend to Linda Martin, who was giving birth to her and Amenadiel's baby; all the while, Eve accepted Kenley's plan to convince Lucifer to return to Hell, with Eve as his queen. The delusional villainess even suggested having one of Lucifer's demonic minions possess someone as part of the plan, and untied Kenley with intent on killing him and making him a demonic vessel. However, Kenley attempted to kill Eve once he was freed, only for Eve to grab a knife and plunge it into his neck, killing him and allowing a demon, Dromos, to possess him.

The season finale, "Who's da New King of Hell?," saw the villainous Eve meet with Dromos, as he had abducted Charlie--Linda and Amenadiel's baby--after Lucifer refused to return to Hell. Dromos' plan was to make Charlie the new king of Hell, and regarding Eve, she asked about Lucifer, and added that he can be stubborn after Dromos stated that his plan to coerce him failed. Upon seeing Charlie and realizing Dromos' new plan, Eve voiced her objections to sending Charlie to Hell, and was attacked by Dromos in response. Afterwards, Eve went to Lucifer and Chloe and confessed to releasing Kenley and summoning Dromos to possess him as part of her plan to get Lucifer, expressing immense remorse for her actions.

Eve's redemption was completed when she went with Lucifer and the rest of the group to rescue Charlie, stating that she wanted to apologize for her actions and that she realized that all she wanted was the person Lucifer used to be. Eve successfully rescued Charlie, which included killing a possessed Lyla Claybourne, and she later encountered Mazikeen and stated that she knew about Maze's feelings for her. Maze responded to Eve's statement about her wanting to be what she believed Lucifer and Adam wanted her to be by stating that she loved Eve for who she is, only for Eve to state she needs to figure out who she is on her own, giving Maze a kiss before walking away. 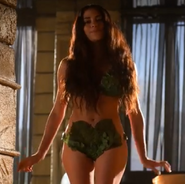 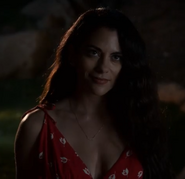 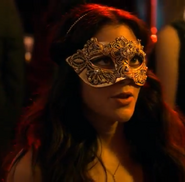 Add a photo to this gallery
Retrieved from "https://femalevillains.fandom.com/wiki/User_blog:CEDJunior/Eve_(Lucifer)?oldid=164372"
Community content is available under CC-BY-SA unless otherwise noted.