The Female Villains Wiki
Register
Don't have an account?
Sign In
Advertisement
in: Blog posts, 2010s, Attempted Murder,
and 25 more

Dr. Rachel Thorne (Do No Harm)

Dr. Rachel Thorne (Lauren Holly) is the main villainess from the 2012 Lifetime movie, Do No Harm.

Dr. Rachel Thorne was the psychiatrist of main protagonist Emily Edmunds, who attempted suicide after her fiancee was killed in a plane crash. After several sessions with Dr. Thorne, Emily feels she is ready to move on, which appears to please Thorne. However, Thorne suddenly appears everywhere that Emily visits, including running into Emily while she was shopping for a new dress; which Thorne pays for by posing as Emily's mother. She even followed Emily to a massage parlor, and briefly massaged her before leaving.

Thorne later receives a call from Emily's current therapist, Dr. Rosen, after Emily tells Rosen that Thorne has been stalking her. She later appeared at Rosen's office and killed him with a single gunshot, marking Thorne's heel turn. The villainess planted the gun in Emily's desk at her workplace, planning to frame her for the murder. All the while, the evil Thorne falsely accused Emily of stalking her, and even claimed that Emily wanted to be her daughter. The film's progression revealed that Thorne had a daughter, also named Emily, and she had been comatose for eight years after a horse riding accident.

Emily Edmunds' best friend, Gillian, gathered this info by posing as a patient at Thorne's office, and later as the young girl's cousin at the hospital; leaving right before Thorne arrived. Thorne catches Gillian, who gets away, but ends up run off the road by Thorne. She returned to the hospital the next night, finding Emily Edmunds standing over her daughter. She later injected a drug into Emily, which temporarily paralyzed her, while stating that Emily was destined to fill her void as her new daughter, before killing her actual daughter by smothering her with a pillow. The deranged villainess later abducted Emily and took her home, but at that moment, police are on to her and a detective interrogates Thorne at her home. Thorne is prepared for him, though, as she ties up and gags Emily before going to talk with the detective, before killing him by giving him poisoned coffee.

Thorne later attempts to escape with Emily, only to find that Emily has escaped her capture, and later takes her down. She answers Thorne's phone and tells the police that she is Emily Edmunds and that Thorne abducted her, but Thorne listens in on Emily and later chases her while carrying a shotgun, with intent on killing her. Thorne follows Emily to the stable, and fires countless shots before encountering Emily, preparing to kill her. By that time, however, Thorne is out of ammo, having wasted the last bullet earlier on another detective, and as a shocked Thorne realizes her mistake, Emily knocks out Thorne with a shovel. With her evil scenes now exposed and failed, Thorne is handcuffed and arrested by the police. 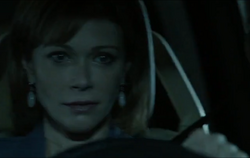 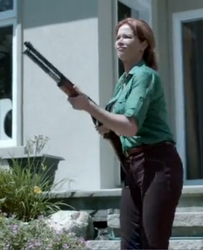