Claire McDermott is a behavioral science professor at the FBI, who once had Tammy Gregorio as one of her students. However, Claire was also a psychopathic serial killer, as she had killed nine women in different parts of the country in as many years. Her M.O. had Claire seeking out women who had experienced traumatic events and getting to know each of her victims by breaking into their homes before drugging them and taking them to places connected to their past actions. The villainess tortured her victims into owning up to what they had done, after which Claire would suffocate them to death with a plastic bag.

The very beginning of the episode showed Claire performing her demented methods on Sophie Kendrick, a Navy pilot. She had taken Sophie to a farmhouse, due to the fact that she had once crashed her plane on a farmhouse, which killed many passengers. After the torture, Sophie broke down and took responsibility for the crash, which was followed by Claire suffocating her to death. After NCIS was on the case, Gregorio received a phone call from Claire, as the former mentioned that the murder was similar to the murder of a female doctor in Pittsburgh, which was committed by Claire. Gregorio and Claire spoke again, while the villainous latter was in the former's apartment, and the conversatoin had Gregorio figuring out that the killer was female. She entered her apartment and found someone inside, leading her to draw her gun but fail to catch the intruder.

Despite missing her intruder, Gregorio figured out that Claire was the person in her apartment, as well as having figured out that her professor was the true serial killer and was targeting Gregorio next. While Sebastian Lund was securing Gregorio, the evil Claire appeared at a bar where Brooklyn was waiting for Gregorio following their hook-up. She spoke with Brooklyn and later drugged and abducted her, and afterwards, the villainess phoned her former protege and ordered her to leave her apartment, threatening to kill Brooklyn if she didn't comply.

Gregorio does so, and after ditching her cell phone (under Claire's orders), she met with her villainous professor at an isolated area. Claire pointed a gun at Gregorio and tossed her a vial and ordered her to drink out of it, with Gregorio demanding to see Brooklyn first. After briefly seeing Brooklyn tied up and gagged in her trunk, Gregorio acquiesced, drinking the drugged concoction and being taken by Claire. Beforehand, Claire brought up an incident in Hawaii, and she took Gregorio to the Aloha Motel as part of her ritualistic symbolism.

As Claire was torturing her former student, both of their pasts were revealed. Gregorio stated that she had profiled Claire, and she revealed to her evil former mentor that Claire had an abusive father, who she later stabbed to death back in 1991. Her own trauma served as the reason for becoming a serial killer, but it was afterwards that Claire revealed Gregorio's ties to Hawaii:  in July 1998, she had snuck out with her best friend, Andrea Ortiz, on a night out, but Andrea left with a man and was later killed by him. Gregorio carried guilt for years due to the fact that she feared that they would be in trouble if she told the truth to her parents, and afterwards, Claire placed the plastic bag around Gregorio and attempted to kill her. However, Gregorio broke free from her restraints and attacked Claire, and was on the verge of nearly killing her until Dwayne Pride and the rest of NCIS entered. Afterwards, Claire was handcuffed and arrested, after which she gave an evil glance back at her former student. 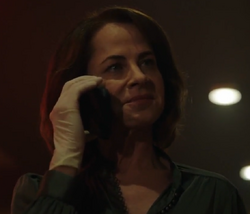 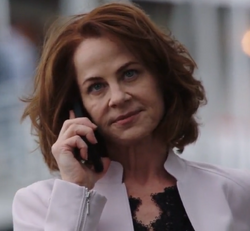 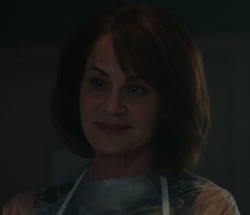 Add a photo to this gallery
Retrieved from "https://femalevillains.fandom.com/wiki/User_blog:CEDJunior/Claire_McDermott_(NCIS:_New_Orleans)?oldid=174549"
Community content is available under CC-BY-SA unless otherwise noted.