The Female Villains Wiki
Register
Don't have an account?
Sign In
in: Blog posts, 2010s, Brunette,
and 17 more

Cathy Rhodes is a children's book author and the mother of Michelle Rhodes, her only child with husband Derek Rhodes. As shown in the film's opening scenes, Cathy's series of books have centered around a character named Mr. Poppins, based on Michelle's stuffed rabbit. The scene showed Cathy preparing Michelle for a day at school and sending her on her way, keeping a watchful eye while on the phone with her publisher.

However, it was on that day that Michelle was declared missing, and in the 20 years that passed, Cathy wrote her book series, centering Mr. Poppins journey in the stories on Michelle, with the hopes that she would return home.

In the present day, Cathy appeared at an elementary school and read one of her books to a classroom taught by Ashley, and afterwards, she had her first encounter with another teacher, Michelle Jacobs (the main protagonist). She was taken aback after hearing Michelle's name, and after hearing her backstory about her being bounced around various foster homes, Cathy became convinced that the woman she started befriending was her missing daughter. The women had dinner together, after which Cathy began stalking Michelle--and was stunned to see her at home hanging with Ashley right after she canceled plans with her. To make it up to Cathy, Michelle had dinner at Cathy's house, and since her fiancee, Jonathan Corigan, surprised her at her new home, he was brought along as part of a double date of sorts with the Rhodes.

Both Cathy and Derek antagonized Jonathan, and it was on the following day that Cathy found Jonathan's phone and briefly kept it for herself before returning it to Michelle at her home. The villainess was shown smiling over the argument between Jonathan and Michelle over the phone, and she later engaged in a verbal spat with Ashley, accusing her of being a bad influence (in her mind) on Michelle. Cathy later brought Michelle to her home to discuss the latest Mr. Poppins book, which has the character finally returning home after a long journey; however, this was part of Cathy's plan to inform Michelle that she is her missing daughter. She used Michelle's backstory to prove her case, but Michelle informed Cathy that she was not her daughter. The delusional Cathy responded to Michelle's statement by claiming that Michelle's memory was faulty, but Michelle continued stating that she was not Cathy's daughter, right before she left. After getting in her car, she was confronted by Derek, who chased her and brought her back to the house.

Michelle was placed in their daughter's childhood bedroom; all the while, the evil Cathy kept Jonathan from seeing her once he arrived looking for his fiancee. Cathy made more attempts to force Michelle to regain her "memories," only for Michelle to continue to state that she was not her daughter. When Jonathan returned again, he screamed for Michelle while being confronted by Derek, only for Cathy to claim that Michelle was with them, but she lied before about having not seen her because Michelle didn't want to see him. Jonathan was invited into the house, only for Derek to knock him out with his rifle. Meanwhile, Michelle found cassette recordings that revealed that Derek was beating the actual Michelle, giving the indication that the young girl ran away to get away from her abusive father. After Cathy came into the room and scolded Michelle for making a mess of the room, Michelle pretended to comply by calling Cathy, "Mom," which pleased the villainess. Michelle informed Cathy about what Derek was doing, and afterwards, she became enraged over the fact that her husband was the reason for Michelle's disappearance.

Derek entered the room and began attacking Michelle, stating that he knew that she wasn't their daughter, but he would do anything for Cathy. Just then, Cathy entered with a knife and stabbed Derek to death, after which she cradled her "daughter." She later called an ambulance regarding Michelle, but this allowed Michelle to escape. In the final scenes, Michelle was back at home with Jonathan, and the scenes revealed that she was pregnant with their first child. She also received a gift from the now institutionalized Cathy:  Mr. Poppins. The gift also included a note which was signed "Granny Cathy," indicating that Cathy was still under the delusion that Michelle was her long lost daughter. 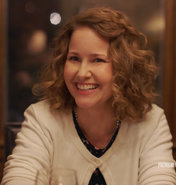 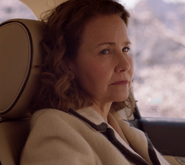 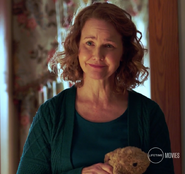