Ashley (Missi Pyle) is a villainess from the 2003 movie Bringing Down the House.

Ashley is the promiscuous and alcoholic sister of Kate Sanderson, who is the wife of Peter Sanderson. Ashley seduces and sleeps with wealthy old men for money.

The first we see of her, she snaps her finger at Charlene Morton mistaking her for the hired help at a snazzy restaurant. Peter explains to Charlene that she is not just rude and that if he wasn't his wife's sister, he would have kicked her ass years ago.

Later, Ashley insults Charlene again at a golf resort pool. She notices later that Charlene has entered the girls changing room and follows her in there. There is a massive beatdown when the two meet. Ashley puts up a decent fight but in the end gets defeated. Ashley has her head dunked into a toilet and after that she finally gets KO'd. Charlene hangs Ashley on a hook upside down using her leotard inside the restroom.

We later see Ashley show up at the dinner table with her sister Kate. She is wearing dark glasses, which conseals her black eye she has received from the butt kicking by Charlene.  To protect her reputation, she lies about how it happend, saying that she was hit by a car jay-walking.

Ashley is last seen in the film coming out of an empty room with another elderly man after a torrid session with him and walks away while tucking in her undies. 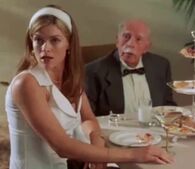 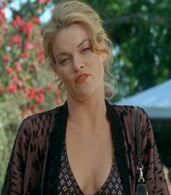 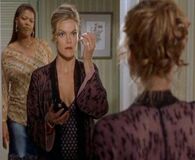 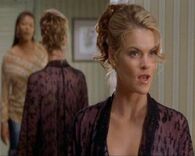 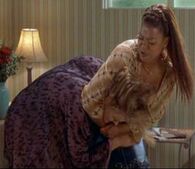 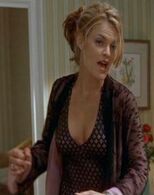 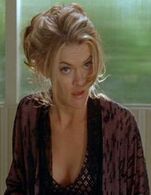 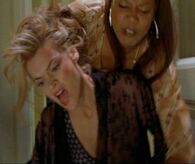 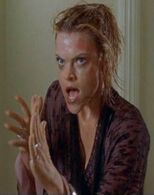 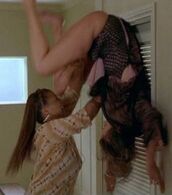 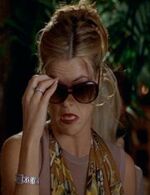 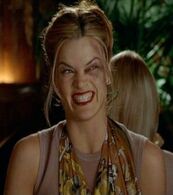 Add a photo to this gallery
Retrieved from "https://femalevillains.fandom.com/wiki/User_blog:Boxeo/Ashley_(Bringing_Down_the_House)?oldid=200412"
Community content is available under CC-BY-SA unless otherwise noted.