The Female Villains Wiki
Register
Don't have an account?
Sign In
in: 2010s, Betrayed, Blonde,
and 11 more

Uschi (Stephanie Sanditz) is a female German Nazi and girlfriend of Commandant Heinrich Moebius (Scott King) who arrived together in America on a boat at Santa Monica Pier, California with many other Nazis. Uschi and Moebius hide out in China Town and are leaders of a Resurrection Device created by a hostage doctor from Austria. Dr. Freuhoffer (Otto Brezina). Their goal is to resurrect their dead German soldiers and create a new race of super humans to win the war.

Uschi becomes too promiscuous withDr. Freuhoffer so Moebius is forced to execute her by shooting her in the forehead. Dr. Freuhoffer was smitten with her, and he attempts to resurrect her using his resurrection device.  Unfortunately, it fails to work and her body melts. He then decides to steal the serum from Tunneler's body and Uschi's soul is put into the puppet Bombshell that he had made and uses her to help them in successfully assassinating General Porter.

Some video highlights of Uschi, including her demise: 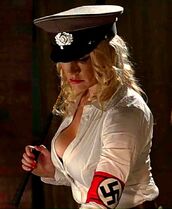 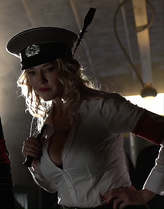 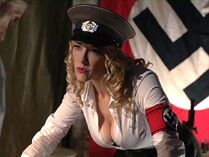 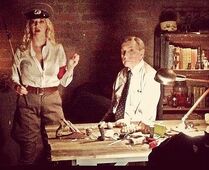 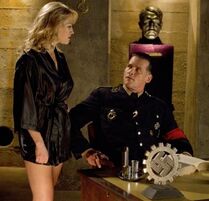 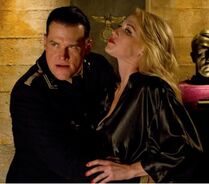 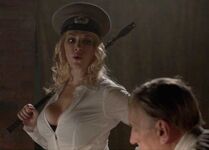 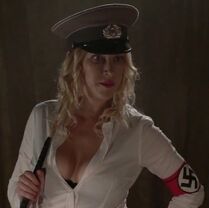 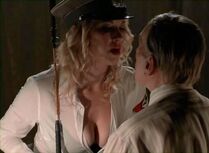 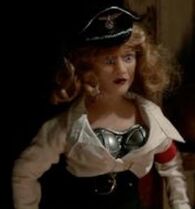 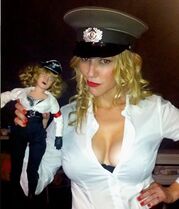 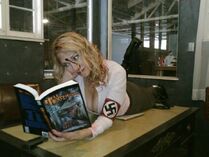 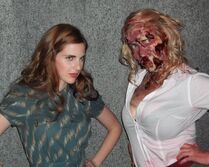