In this game Ume has the role of the evil witch from Hansel & Gretel, and is the boss fight at the end of that stage. 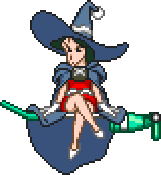 Attacking you by emptying a sack of spiky balls 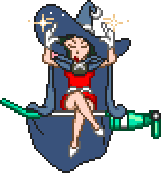 Attacking you by summoning giant cookies that bounce around the room

Attacking you by dropping a cake via magic 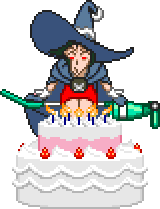 Blowing out the candles on the cake

Being jumped on sends her face first in to the cake 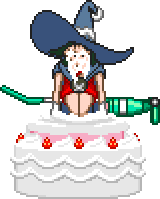 Which leaves her with a face full of cake 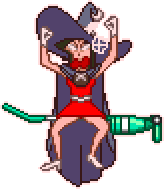 She then throws an angry tantrum about being covered in cake; her kicking can damage you 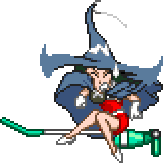 Having her head jumped on 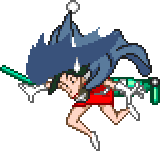 Falling off her broom as a result of being jumped on

Landing on the floor as she falls off her broom

Defeated
Add a photo to this gallery
Retrieved from "https://femalevillains.fandom.com/wiki/Ume_Matsuzaka_(Crayon_Shin-Chan:_Arashi_Wo_Yobu_Nutte_Crayoon_Daisakusen)?oldid=154536"
Community content is available under CC-BY-SA unless otherwise noted.