Tuatha (Brigid Brannagh) was an antagonist in the 1999 episode "That Old Black Magic" (Season 2 Ep. 6) for the TV series "Charmed".

Tuatha was a powerful evil witch from the 18th century.  she started killing innocents and good witches, and could only be defeated by the Chosen One, a mortal who was the seventh son of a seventh son.  In 1799, a Chosen One was able to trick Tuatha into a cave and endtomb her along with her serpent, presumably her familiar, in the Lost Caves, Muir Woods. Two centuries later in 1999, Tuatha was freed by two treasure hunters.  The men explored the cave believing it was a 19th-century mine shaft.  They unknowingly released Tuatha, who instantly demanded her wand.  As the men had no idea what she meant, she used her magical dust to shrink them and fed thm to her snake.  She then used the dust on her snake and told it to find her wand, causing to teleport away.

When Leo Wyatt leanred of Tuatha's escape, he went to warn Piper and Phoebe.  He informed them about Tuatha's history and that no one could vanquish her because she specialized in killing good witches.  The Charmed Ones had to find and protect the Chosen One and protect him until he was ready to use the wand against Tuatha.

Tuatha's snake appeared in the apartment of an old woman named Betty, the current owner of the wand, which she had bought at a flea market. She was planning to sell it to Jack Sheridan, an internet auctioneer she met during Prue's appraisal at Buckland Auction House. Tuatha appeared and took back the wand. Terrified by the snake and Tuatha, Betty screamed for help. This was overheard by Prue Halliwell who had stolen the address from Jack to purchase the wand herself. She witnessed how Tuatha vanquished Betty and then flung Tuatha across the room before escaping with the wand.

Knowing Prue would eventually come after her, Tuatha killed filmmaker so she could use his heart in a dis-empowering spell. When Prue confronted Tuatha, she was shocked that her powers were gone. Luckily for her, Tuatha had not expected three witches and decided to retreat. She obtained two more hearts to strip Piper and Phoebe of their powers as well.

Meanwhile, Leo was training the Chosen One, Kyle Gwydion, to use the wand against Tuatha. However, Kyle lacked confidence and ran away after learning of the sisters' encounter with Tuatha.

Searching for the wand, Tuatha's snake appeared in the manor and nearly attacked Piper until Leo spotted it. After Piper unsuccessfully tried to freeze it, Prue stabbed it with a poker, causing the snake to split in two.  Kyle then returned and used the wand to destroy the snake. Tuatha then appeared and knocked out Phoebe and Leo with a sleeping potion. She then trapped Piper and Prue and reclaimed her wand from a scared Kyle.

Knowing he lacked confidence, the sisters used a "courage potion" on Kyle, though Tuatha stated there was no such thing. However, with some encouragement from the sisters, Kyle was able to call for the wand and engaged Tuatha in a power struggle. He was eventually able to overpower Tuatha and vanquished her, destroying the wand in the process. Prue then revealed that Tuatha was right, as there was no such thing as a "courage potion", meaning that Kyle had defeated her on his own.

In 2010, Tuatha was resurrected when she possessed Tyler Michael's body, who was the host of Heremus. Since he was at the house of his boyfriend at the time, she interrogated him about Tyler's origins by threatening his parents. Tuatha was delighted to learn that Tyler was an Archai and planned to take full advantage of his reality-altering powers.

Just as Tuatha left through a portal, the Charmed Ones and Prue arrived. Prue instantly recognized Tuatha and quickly called her back, causing her to crash in the street outside. Tuatha undid the spell protecting the Charmed Ones from Prue, causing them to suffer in her presence. She then opened several portals to summon demons to attack the sisters and Kareem, while Prue fought Tuatha personally. After blasting her away, Prue astral-projected into Tuatha and found Heremus. She attacked the Old One, resulting in an explosion that vanquished Tuatha and returned Tyler to normal. 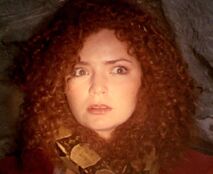 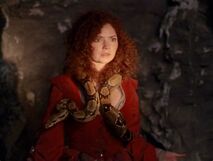 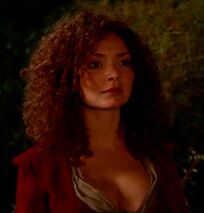 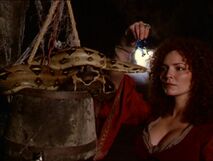 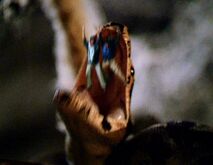 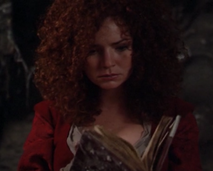 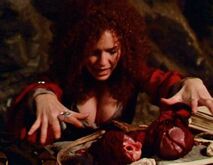 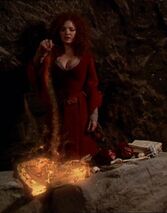 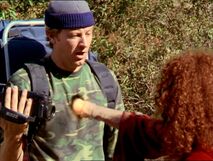 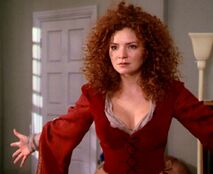 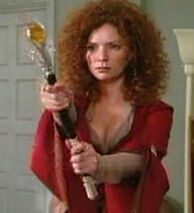 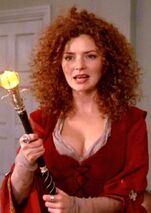 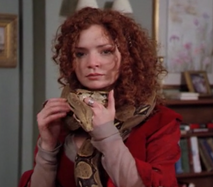 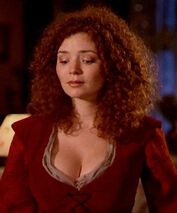 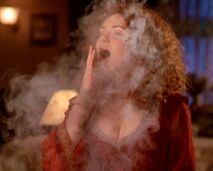 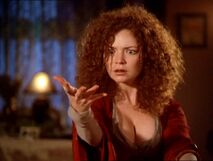 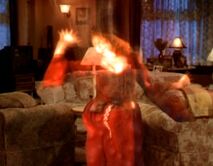 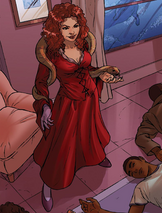 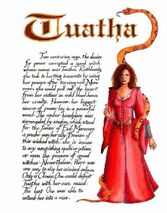 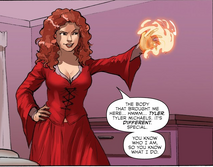 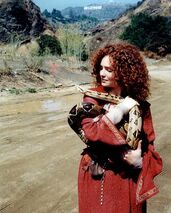 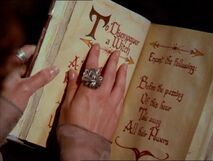 Add a photo to this gallery
Retrieved from "https://femalevillains.fandom.com/wiki/Tuatha_(Charmed)?oldid=193811"
Community content is available under CC-BY-SA unless otherwise noted.