At the beginning of the episode, Jo-Jo The Congo King was being hosted by a mysterious blonde maiden.  However, she had alterior motives and drugged him in some juice.  With Jo-Jo sleeping in his tent, the blonde named Torla, abducted Tanee in her tent.  Tanee was tied up and taken by canoe to Torla's hidden island.

When Jo-Jo awoke, he was told by his native friends that she was at Rodent Island, a place they are fearful to venture.  After escaping the clutches of a giant crocodile, Jo-Jo arrived.

Torla sent her pack of rodents who she had power over to attack the warrior.  Jo-Jo was able to avoid the rats, and found where Tanee was tied up on a wheel rack.  After releasing her, he was once again attacked by the rodents.

By luck he found that their weakness was fire.  This also had drastic effects on Torla.  The smoke caused the rats to sense fear in Torla.  Because of this, they turned on their master and attacked her.  Torla was eaten alive, and Jo-Jo used the flames to rid the island of the rest of the rodents by driving them into the sea. 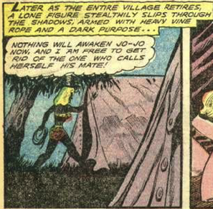 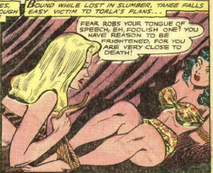 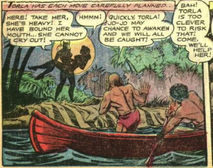 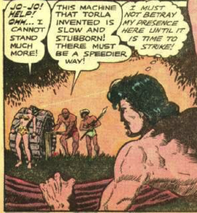 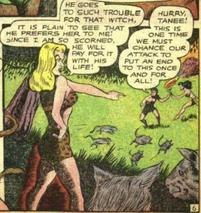 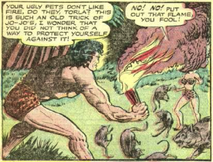 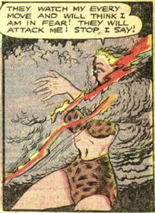 Add a photo to this gallery
Retrieved from "https://femalevillains.fandom.com/wiki/Torla_(Jo-Jo_Comics)?oldid=155728"
Community content is available under CC-BY-SA unless otherwise noted.