Start a Wiki
watch 01:39
The Loop (TV)
Do you like this video?
Tomomi Ichikura (Yumi Tōma) is the villainess of "Bad Luck Grand Prix", episode 16.10 of Case Closed (airdate June 18, 2007). She was the fiancee of Kazuma Sakaki, nephew to the wealthy Kiyotaka Okonogi. The episode's events have Kiyotaka being struck in a hit-and-run along with Shinzaburo Tatematsu, with Tomomi appearing worried alongside her fiancee at the hospital after arriving to see him.

When questioned, both Kiyotaka and Tomomi appeared to have alibis for the hit-and-run, with the latter revealing that she was at the Touto Department Store when a bomb prank created a commotion at 6:40. While it later appeared that the culprit was a man who stole Shinzaburo's groceries and later made a call to him informing him that they would kill him for going to the police, Conan Edogawa began to have suspicions and eventually came to uncover the truth: Tomomi was behind the hit-and-run accident, with Conan bringing the authorities (along with Kazuma and Shinzaburo) to Kiyotaka's hospital room as Tomomi was attemping to smother him with a wet towel.

As revealed by Conan, Kiyotaka was the main target of the hit-and-run accident, with Tomomi orchestrating an elaborate ruse to cast suspicions away from herself. To do so, Tomomi stalked both her Kiyotaka and Shinzaburo, targeting and robbing from the latter due to him being known as "the most unlucky man in Japan". After planting the fake bombs in the Touto Department Store, the evil Tomomi drove to the area where Kiyotaka and Shinzaburo habitually crossed paths and struck them both, afterwards calling the department store to report the "bombs" and texting Kazuma (who was at a work farewell party) claiming to be caught in the commotion of the bomb scare.

Tomomi's machinations initially succeeded in tricking the police into believing the hit-and-run had Shinzaburo as the main intended victim targeted by a vengeful robber, but her text would ultimately reveal Tomomi as the assailant. Her text claimed the bombs were found on the fifth floor of the store, where Tomomi had placed them, but they were actually found on the sixth floor after a child moved them there. Conan also learned that one of Shinzaburo's neighbors witnessed Tomomi following Shinzaburo to his apartment, exposing her as his robber and how she used him in her plot to kill her fiancee's uncle. Cornered, Tomomi collapsed in a chair as she expressed quiet dismay at her plot failing, and when asked by the shocked Kazuma why she'd tried to kill his uncle, the villainess revealed that she'd wanted to kill him so that she and Kazuma would inherit his fortune. Tomomi also callously confirmed that she'd only planned to marry Kazuma for his wealth and smugly stated that he would be nothing without it, prompting Kazuma to slap his villainous wife before his uncle suddenly regained consciousness. Unaware of her role in his accident, Kiyotaka asked Tomomi what troubled her, with Tomomi falsely claiming she was happy to see him awake before being handcuffed and placed under arrest. 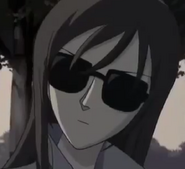 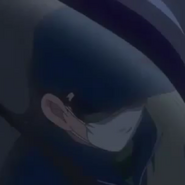 Tomomi during her murderous plot 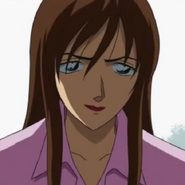 Tomomi's glare during her remorseless confession
Add a photo to this gallery
Retrieved from "https://femalevillains.fandom.com/wiki/Tomomi_Ichikura_(Case_Closed)?oldid=175079"
Community content is available under CC-BY-SA unless otherwise noted.