Start a Wiki
watch 04:10
The Loop (TV)
Do you like this video?
Tina (Daliah Lavi) is a double agent in the 1966 Matt Helm spy spoof movie, "The Silencers". Tina thinks nothing about killing one of her own fellow agents for selfish reasons. She eventually gets killed in a " villains lair " shootout.

Tina kills Barbara (Nancy Kovack), the villainess who has seduced Matt Helm (Dean Martin). Later she accompanies Helm to the Phoenix Hotel and poses as his wife. The two attend the sultry striptease performance of Sarita (Cyd Charisse) in the hotels lounge, The Slaygirls Club.

Helm has learned that a microfilm capsule containing valuable information is in the possession of Sarita, and that she may be trying to pass it off during her performance. The information has to do with the timetable for a planned U.S. underground atomic test. Sarita had originally obtained it from the American scientist Dr. Naldi (David Bond). Towards the end of her performance, Sarita is shot through her own billboard poster with two bullets to the chest by Sam Gunther (Robert Webber), who is also a Big O operative.

As she is dying on the stage, Gail Hendricks (Stella Stevens) reaches her, and Sarita hands off a microfilm capsule to her. Helm and Tina intercept Gail and obtain the microfilm from her.

It is later revealed that Tina is a double agent, and it is Gail who ends up helping Helm foil the villainous Big O's plans.

Tina is later killed herself in a shootout. Apparently she is injured by an explosion after she accidentally activates and throws one of Matt Helm's explosive buttons. She's shown slumped against the wall immediately after the blast, but later regains consciousness long enough to activate an alarm, only to collapse again. If she wasn't dead at that point, she presumably died (off-screen) when the bad guys' entire headquarters blows up. 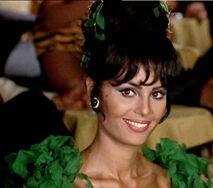 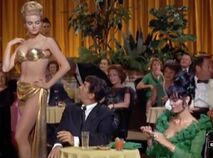 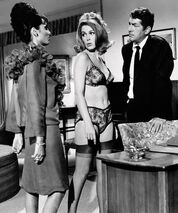 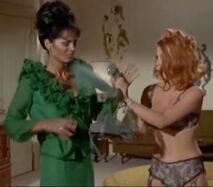 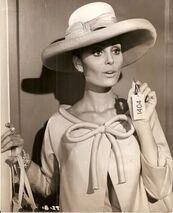 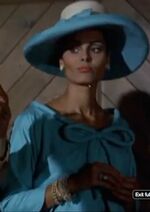 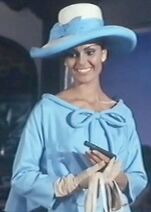 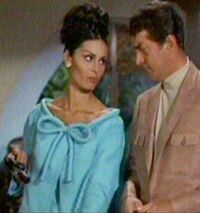 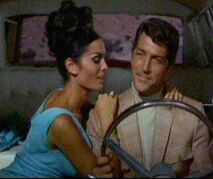 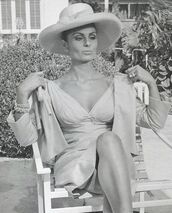 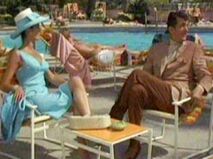 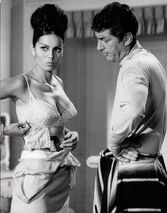 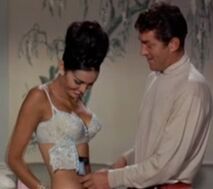 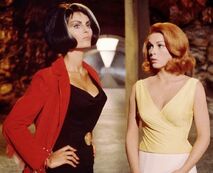 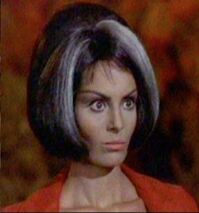 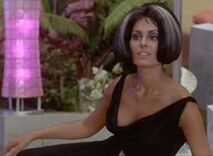 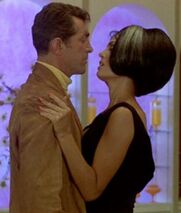 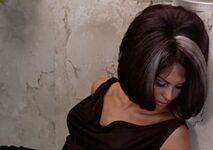 Add a photo to this gallery
Retrieved from "https://femalevillains.fandom.com/wiki/Tina_(The_Silencers)?oldid=177640"
Community content is available under CC-BY-SA unless otherwise noted.