Theresa is first seen at the smugglers hideout talking with Bianca Andrade (Michele Carey), her best friend. Bianca expresses interest in Burke, disguised as a member of the gang, but Theresa then says that he has Elsa Werner (Susanne Cramer) with him. Bianca says that she isn’t his type, and that she is.

Theresa and Bianca are later seen with Elsa sitting at a table by the poolside. Elsa expresses gratitude for letting her borrow their dresses.

Theresa is last seen with the general and Burke going on a ‘mission’ with Burke, but it is actually a scheme to find out if Burke is the real member of his gang. Theresa expresses surprise at Burke being exposed. She leaves with the general back to the hideout. She will be presumably arrested there when the General dies and Burke’s allies storm the base. 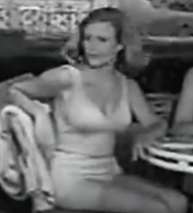 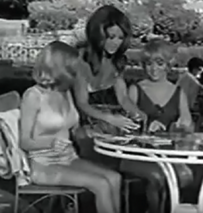 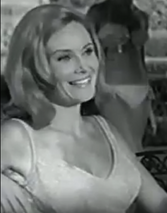 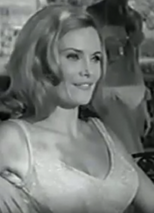 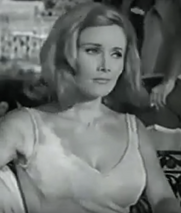 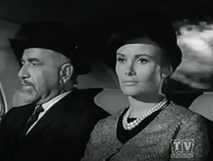 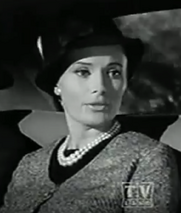 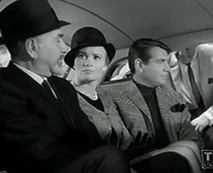 Add a photo to this gallery
Retrieved from "https://femalevillains.fandom.com/wiki/Theresa_Rao_(Amos_Burke:_Secret_Agent)?oldid=160759"
Community content is available under CC-BY-SA unless otherwise noted.