Start a Wiki
watch 01:48
The Loop (TV)
Do you like this video?
Thelma is the sexy villainess seen in episodes 49-51 of the 2002 Mexican Telenovela (Soap Opera) "Vivan Los Ninos".

Thelma is played by the Mexican Television actress and presenter, Jaqueline Arroyo. Jackeline as it is sometimes spelled, went on to appear for Mexican Playboy in the March 2012 addition. Thelma plans on turning a little girl into an ugly monkey so she can kidnap her. She obtains a Potion from a witch and spikes a juice that she serves the girl. Her plan completely backfires when the maid walks in and while cleaning switches the drinks at the table. When the maid leaves, Thelma takes the potion and the girl drinks the untainted drink. Thelma begins to go into convulsions, removes herself from the table and covers her head in pain. All the sudden, her beautiful body gets covered from head to toe with hair. The filming actually did a good job of time warping the hair growth.

Thelma grabs a mirror from her purse and is in complete panic as she sees her reflection. She is no longer a beautiful vixen, now she is a part human part hairy beast! All the children who just walked in, are startled by her ugly appearance. She runs out of the house and Animal control is called. The now fully turned monkey Villainess runs up a tree. Animal control captures Thelma in a gigantic net as all the children gather and laugh at the spectacle. Thelma eventually breaks out of animal control just prior to being placed in the van, and runs away.The next scene, we see her arrive at the home of the witch who gave her the monkey potion in the first place. No matter how hard the witch tries she can't reverse the self inflicted monkey curse. In fact, at first she is turned into a small rat. The witch is able to reverse that spell, but she is returned to the hairy monkey. Thelma goes "ape" and throws the witch into the boiling caldron, and the witch disappears from sight (apparently dead). Thus, any chance of her returning to her originally beautiful self, is now gone.

In the following episode Thelma manages to kidnap the little girl. She takes her to the sewer of the city, which she uses as her hideout. Later, she takes the girl out, and is spotted and cornered in an amusement park. Being an excellent climber, she takes the girl to the top of the roller coaster. She jumps off the top with the girl and they land safely on the fireman's trampoline. Thelma is detained by the police, and taken to a cage at the zoo. The last thing you see of the beautiful vixen is a big ape standing over her. She looks up at the huge animal, and hearts hover over the ape as he sees Thelma. It is presumed that he has her way with her. 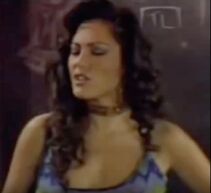 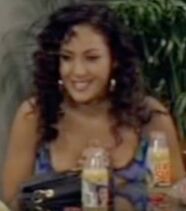 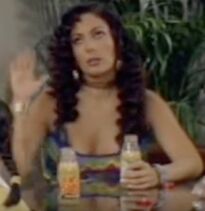 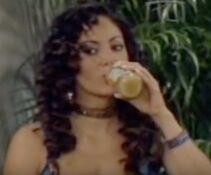 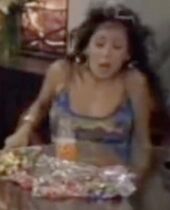 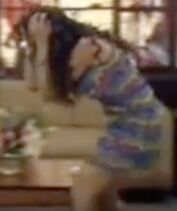 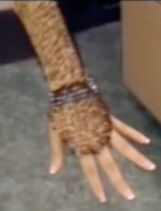 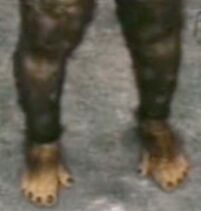 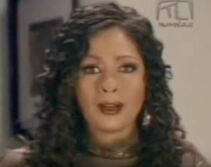 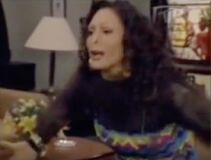 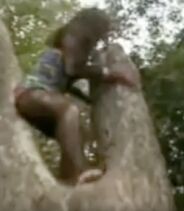 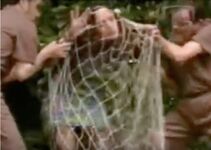 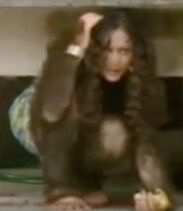 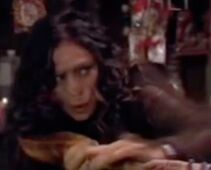 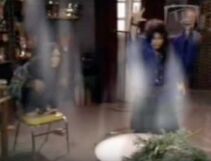 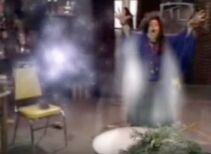 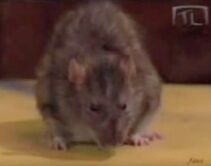 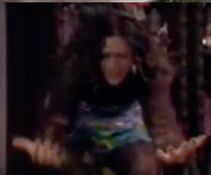 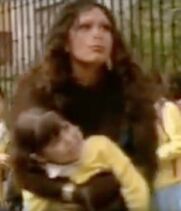 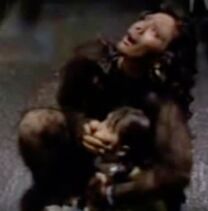 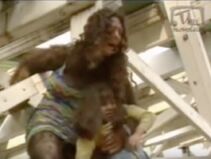 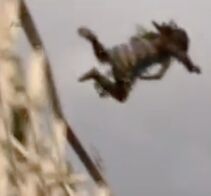 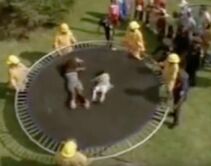 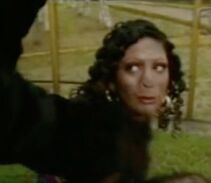 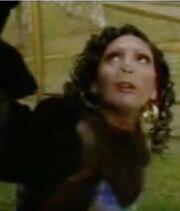 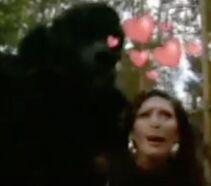 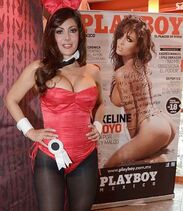 Add a photo to this gallery
Retrieved from "https://femalevillains.fandom.com/wiki/Thelma_(Vivan_los_Ni%C3%B1os)?oldid=128418"
Community content is available under CC-BY-SA unless otherwise noted.