Start a Wiki
watch 00:17
The Loop (TV)
Do you like this video?
The Witch of Salem (Leigh Christian) was the main antagonist in the 1975 episode "Which Witch is Which?" for the TV comedy series "The Ghost Busters".

In the 17th century, the Witch of Salem was defeated by Edward Spenser who, as the head spell disolver of old Salem broke her spells. Centuries later, the Witch returned to seek revenge on Edward's (whom she referred to as 'You-Know-Who') descendants. She was joined by her servant Gronk who was not present at the Witch trials.

In her true form, the Witch (Ann Morgan Guilbert) wore black robes and a pointy hat with a large bow that somewhat resembled a bat. She had long grey hair, a wrinkled face, hooked nose and large pointy chin.

In her disguise as 'Salem' (Leigh Christian), the Witch looked much younger, blonder, taller and beautiful than before. She still wore black, but instead of a robe and hat, this time she preferred a form fitting evening gown.

Learning about the whereabouts of Spenser's descendant, Eddie Spenser, she planned to lure him to the old castle where she could brew a special spell-casting potion to ensure her victory over the Spensers. First she had to sprinkle magical powder on him to make him subject to her every thought, so she disguised herself as a beautiful young woman named 'Salem' to get close to Eddie. She did not realize that her disguise did not fool non-human eyes such as those of Tracy the Gorilla.

The gorilla manged to stop her from sprinkling the powder on Spenser. But later, got sprinkled with it himself by Gronk (who was aiming for Spenser). Now under the control of the Witch, Tracy threw the Ghost Busters Kit out of the castle windor at her command.

The Witch used her 'Miss Salem' disguise once more to lure Spenser out of his hiding place. Using her spell-casting potion, she aimed to reduce his mind even further to that of an ape. But the potion had become murky because Gronk had been using the couldron to wash his shorts. The result being that Tracy (still under the Witch's spell) and Spenser changed minds. Now Spenser was her willing slave while Tracy spoke with Spenser's voice. In her next attempt to use her magic, Gronk switched his mind with Jake Kong. He inadvertedly used the Ghost Dematerializer to send the Witch back, thereby breaking the spells. 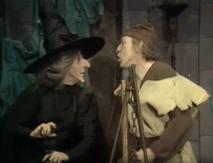 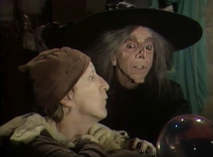 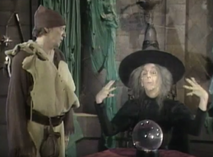 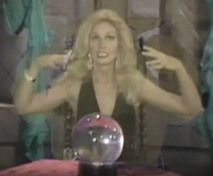 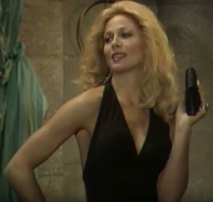 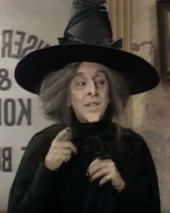 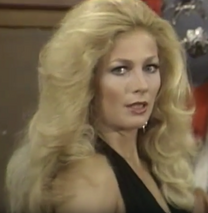 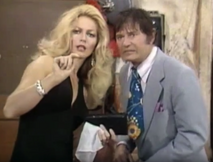 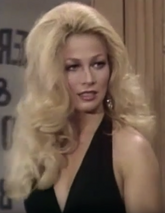 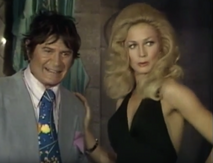 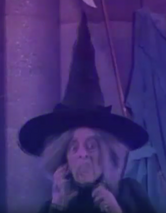 Add a photo to this gallery
Retrieved from "https://femalevillains.fandom.com/wiki/The_Witch_of_Salem_(The_Ghost_Busters)?oldid=178194"
Community content is available under CC-BY-SA unless otherwise noted.