Start a Wiki
watch 01:48
The Loop (TV)
Do you like this video?
The Snake (Carolina Carlsson) was an villainess in the 2020 fantasy adventure film, “Dragonheart: Vengeance”.

The Snake is part of a group of marauding raiders who terrorize the countryside.  The group consists of the Bear (Ross O’Hennessey), the Wolf (Richard Ashton), the Snake and the Scorpion (Tam Williams).  Lukas (Jack Kane), a young farmer watches as his family is killed by these savage raiders.  He personally watches the Snake slit her mother’s throat, and then the group burns down his family farm.  As a result, Lukas sets out on a quest for revenge.

Lukas travels deep into the countryside to gain the assist from Siveth (voiced by Helena Bonham Carter), a dragon that has been banished.  Siveth refuses, since he is out for vengeance, not justice.  In the meantime, Lukas is trained to fight by Darius (Joseph Millson), a sword-fighting mercenary.

Siveth then ends up helping Lukas, after she shapeshifts into Lukas’ horse.  The two take out the Bear, who falls to his death.  Next they go after the Wolf.  After taking him prisoner, the Wolf promises to lead them to the Snake and Scorpion.  The Snake is captured and returned to the city where she is chained up in the dungeon.

Lukas falls in love with Oana (Fabienne Piolini-Castle), the town healer and daughter of the jailer.  Meanwhile, Darius discovers that King Razvan (Arturo Muselli) is behind the raiders’ attacks.  They are being paid to kill off his subjects to prevent starvation as a result of him not preparing for food shortages.

The Snake distracts the jailer by twirling in her cell.  While this happens, the Scorpion returns and poisons the jailer and frees the Snake.  They then set the jail on fire to hide the evidence.  Siveth puts the fire out with her ice breathing.  Fortunately, Oana is able to heal her father.

Lukas is poisoned by the Scorpion’s venom-laced staff and then further wounded by the Snake in a sword and knife battle.  Darius kills the Scorpion when he tries to drown him, and Siveth abandons her mission to save them after seeing Darius in trouble.  Siveth arrives and the Snake begs for her to spare her.  She claims she will tell everyone that the King hired them all.  However, when the Snake calls her a “dumb animal”, Siveth takes her in her mouth and tosses her dead body into the lake.

Oana heals Lukas, and the King is revealed for the treachery he has done. 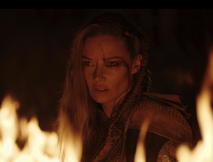 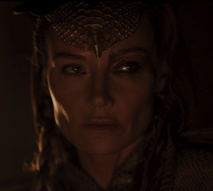 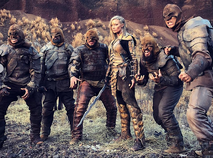 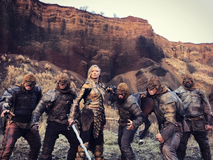 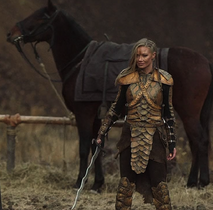 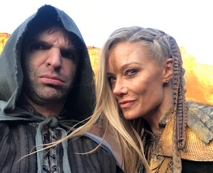 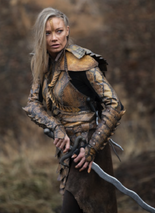 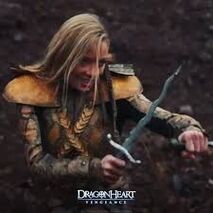 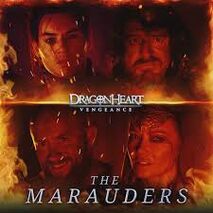 Add a photo to this gallery
​​​​​​
Retrieved from "https://femalevillains.fandom.com/wiki/The_Snake_(Dragonheart:_Vengeance)?oldid=204170"
Community content is available under CC-BY-SA unless otherwise noted.