The Siren (Lorelei Circe) is a villainess who appeared in two consecutive episodes of the 1967 episodes "Ring Around the Riddler" and "The Wail of the Siren" from the TV series "Batman" during season 3. This deliciously sexy evil babe was played by the beautiful and gorgeous actress Joan Collins.

The Siren has the ability to mesmerize any man to do her bidding by pitching a high note two octaves above High C with her voice.  However, women are apparently immune to this effect, and men can protect themselves with special earplugs or headphones. Another 'strength' The Siren possesses is her amazingly sexy looks. Who wouldn't just obey and serve this beauty?

In the tv show, she first collaborated with The Riddler (Frank Gorshin) in a plot to control all boxing matches. This was just a quick appearance by her, and the next episode (The Wail of the Siren) was all about her evil plans.

After Riddler was defeated, The Siren went to Gotham City Police Headquarters and brainwashed Commissioner Gordon (Neil Hamilton) into sneaking into the Batmobile's trunk in order to find out Batman's identity. The Siren later hypnotized Bruce Wayne (Adam West) into signing her fortune to her and intended to then make him jump off the roof of his office building, only for Robin (Burt Ward) and Batgirl (Yvonne Craig) to interfere. Robin and Batgirl fight her thugs and The Siren is knocked off the roof. Then robin plays around with the beauty’s life (who would do that?) and tells her to free Batman from her hypnotic control. The Siren complies and promptly loses her voice. She is then taken to prison. Speaking to Warden Crighton on the phone, Batman predicts that the Siren will make a model inmate; as long as she keeps her mouth closed.

Unfortunately, she only appeared in these two episodes.  She made quite a remarkable appearance (especially due to her amazing beauty) and is definitely among the favorite evil babes ever to guest on the Batman tv show. 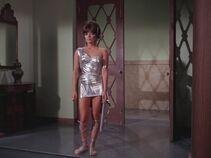 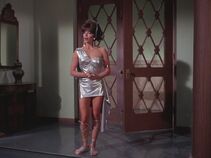 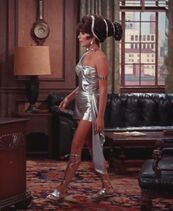 No one can escape the beautiful Siren 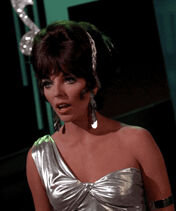 The Siren about to make another slave 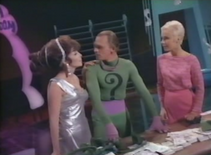 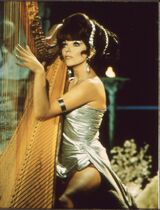 The Siren practicing her spell 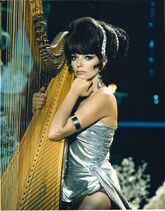 Impossible not to admire The Siren (Joan Collins) beauty 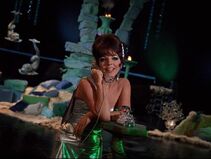 The Siren working her evil plan 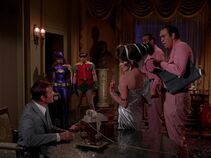 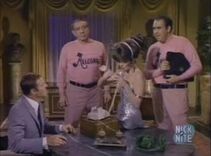 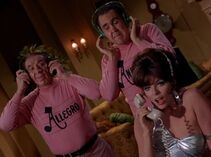 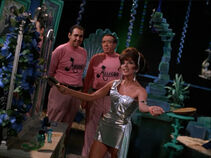 Add a photo to this gallery
Retrieved from "https://femalevillains.fandom.com/wiki/The_Siren_(Batman)?oldid=206807"
Community content is available under CC-BY-SA unless otherwise noted.