Start a Wiki
watch 01:38
The Loop (TV)
Do you like this video?
The Rani (Kate O'Mara) was an antagonist in the British science fiction TV series "Doctor Who".  Her character lasted from 1985 to 1993.  The Rani was, like the Master, intended as a recurring foe of the Doctor, but only appeared in two serials, "The Mark of the Rani" (1985) and "Time of the Rani" (1987).  The Rani also appeared as the principal villain in "Dimensions in Time", a 1993 Doctor Who charity special created for "Children in Need".  She was intended to appear in another serial entitled "Yellow Fever and How to Cure It", but the show was put on hiatus and the serial was cancelled.

The Rani was a renegade time lady, and amoral scientist who considers everything secondary to her research.  She was known to enslave entire planets such as Miasimia Goria in order to have a ready supply of experimental subjects and a place to carry out her experiments uninterrupted.  Her major interest is in tinkering with other species' biochemistry.

The Rani was exiled from Gallifrey afer some of her lab mice, as a result of an experiment, grew to enormous size and ate the President's pet cat.

Following the Doctor's claims of being the last of his race in the new series, it can be implied that the Rani died at some point before or during the Last Great Time War against the Daleks, although it remains unconfirmed.  It is impossible however, that she would have died during the Time War since the Time Lords would never have allowed her to return to Gallifrey for any reason considering everything she had done previously. 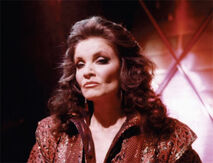 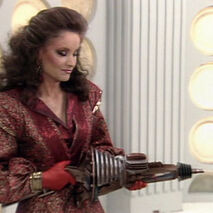 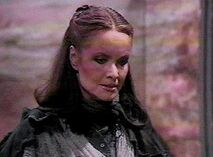 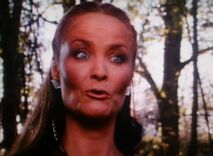 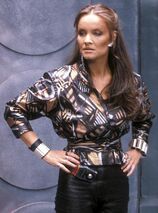 Add a photo to this gallery
Retrieved from "https://femalevillains.fandom.com/wiki/The_Rani_(Doctor_Who)?oldid=151908"
Community content is available under CC-BY-SA unless otherwise noted.