The Noun appeared the satirical Image comic book The Pro (2002) #1. Artwork by Amanda Conner. That is her only appearance and she is quickly dispatched. She emits laser blasts from her hands and exhibits slightly enhanced strength/durability.

The story starts with an unlikely heroine; an XXX-rated, crude, opinionated, angry woman who's been crapped on by life. An alien, called the Viewer, wagered on lark with his robot companion that any human can be a hero, even a common street-walking prostitute. She's endowed with super-hero strength, dubbed “The Pro”, and is soon inducted into the League of Honor, a band of do-gooder crusaders.

The League of Honor comes up against the group of foes The Grammatical Gang of Grimness Intent on International Terror. The babe villainess named "The Noun" in particular seems very intent on world domination. Unprovoked, the Noun shoots lethal laser beams from her hands, hitting Pro. A severely pissed off Pro responds to this painful attack by doing things with her superpowers that are decidedly un-heroic by the League of Honor’s standards. She grabs and carries Noun thru the air by her breasts and slams her into the UN building. The Noun is smashed onto the UN floor in front of the entire world assembly. The Pro continues to severely pummel her until she passes out momentarily. The fight is finished off by the Pro lording over the vanquished, barely conscious Noun. 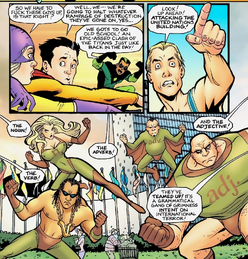 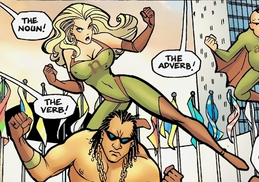 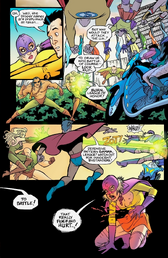 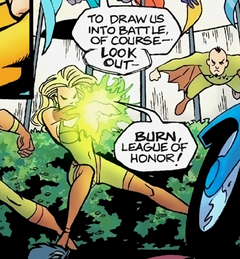 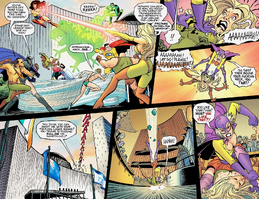 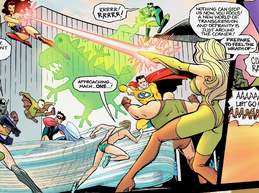 3.1: Prepare to Feel the Wrath 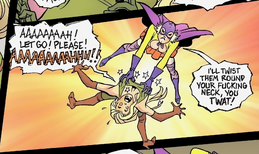 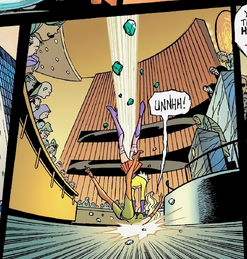 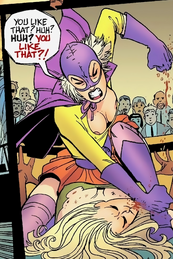 3.6: Noun is pummeled
Add a photo to this gallery 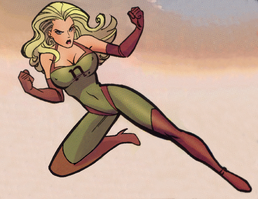 The Noun is introduced itching for a fight 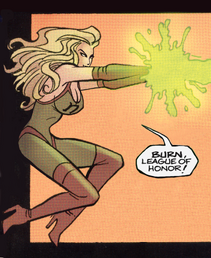 The Noun takes an unprovoked opening shot at the Pro 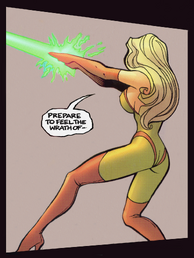 Pretty confident in her power as she threatens world domination 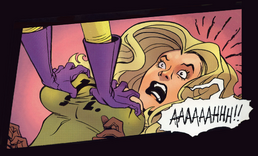 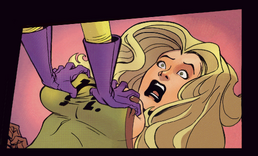 The Noun realizing she is in big trouble 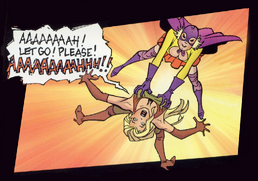 Noun is carried thru air while she begs for mercy 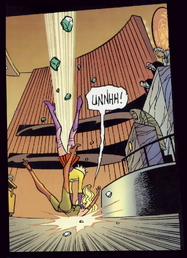 Slammed into the UN floor 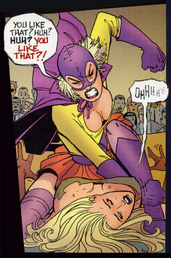 Crowd watches as the Noun gets pummeled 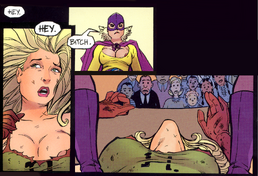 The Noun gets in blast position

The Pro grabs the evil Noun
Add a photo to this gallery
Retrieved from "https://femalevillains.fandom.com/wiki/The_Noun_(The_Pro)?oldid=202933"
Community content is available under CC-BY-SA unless otherwise noted.