The Brides are Dracula's lovers and henchwomen in the 2004 movie Van Helsing. They consist of Marishka (Josie Maran), Verona (Silvia Colloca), and Aleera (Elena Anaya). Their main goal is to serve their master, Vladislaus Dracula (Richard Roxburgh), and to bring their children to life. They frequently terrorize villages.

Like Dracula, they are vampires and drink blood. Normally they look like attractive young women but they have the ability to transform into winged monsters.

In 1887 they accompanied Count Dracula to the Windmill in an attempt to rescue Frankenstein's monster from an angry mob. As the Windmill burned and collapsed, she and the other brides cried in horror as their only chance of their children's immortal life had just been destroyed.

They are first seen in the film in the form of bats, flying around Anna Valarious and Gabriel Van Helsing.

A year later, shortly after Van Helsing arrived in Transylvania, she and the other brides carried out an attack on a village during daylight in order to surprise the Humans. This was foiled by Van Helsing.

Marishka (Josie Maran) first encounters Van Helsing when the brides attack a nearby village. She seemed to have the upper hand in the fight but makes the mistake of playing with him instead of killing him immediately. She was shot with multiple silver arrows that failed to strike her in the heart.

She later appeared on the room of a home, her wounds healing as she hissed at Van Helsing. When Carl, Van Helsing's close friend alerted him to a small fountain of Holy Water by the church in the village, Marishka smiled and hissed before she lept from the room and rammed into Van Helsing.

She repreatedly threw him into walls, only to bring Van Helsing closer to his crossbow, which he needed to finish her off. Van Helsing broke free and ran to the fountain of Holy Water, dipping his arrows into the water. Finally, he was able to hit the vampiress with several of the soaked arrows. She crashed into the roof of a nearby village home, pegged in place by additional arrows.

The other vampire brides sensed her mortal wounds and made their escape back to Dracula's castle, leaving Marishka gasping and screaming while she slowly disintegrated into mud and ashes. Her bones clattered onto the ground, ending her multiple century-long life. She was the first vampire that Van Helsing killed when he came to Transylvania. 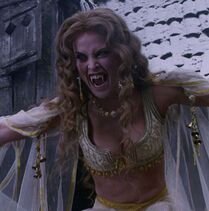 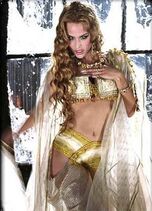 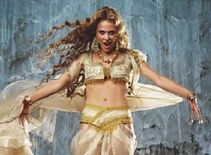 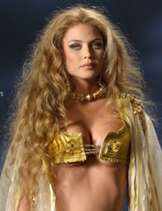 Verona (Silvia Colloca) was the oldest of the three brides.

After retreating to the castle after Marishka's death, Dracula froze himself and his remaining two brides into the wall.

Later, Van Helsing and Anna infiltrated Castle Frankenstein to rescue Prince Velkan. Verona held one of her children in her hand before she flew out with Aleera and the children toward the village. Here they began teaching the young to fee, and Verona grabbed a villager and threw him to her young.

She and Aleera tried to kidnap the Frankenstein Monster from a carriage led by Van Helsing.

During the attack, the carriage fell into a chasm. Van Helsing was able to jump on the horses just prior to falling. Both Verona and Allera dove into the chasm in an attempt to save the Frankenstein Monster. Allera had difficulty latting on to the falling carriage, and so broke off to chase after Van Helsing. This left Verona to tackle the monster. She ripped open the door, but instead found dozens of stakes strapped to explosives. The carriage was a decoy, the real carriage was being driven by Anna. Verona attempted to flee, but the carriage hit the bottom and exploded, which sent stakes flying off in all directions and impaling her. She fell to her death in the flames below. 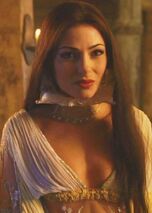 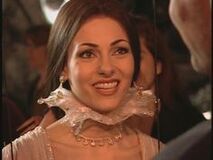 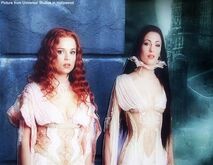 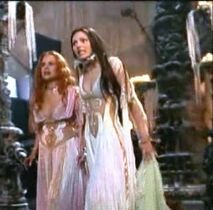 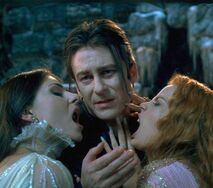 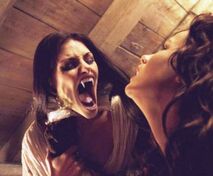 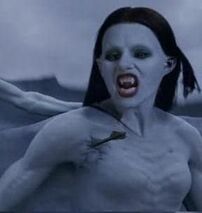 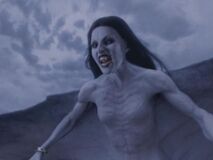 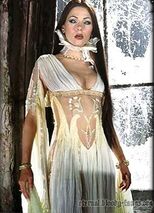 Aleera (Elena Anaya) was the youngest of the three brides. She wore a long and flowing pink wedding dress with short sleeves and an opening in the chest revealing her ample cleavage. The design had an opening midrift with bedazzle body art adorning the middle of her stomach.

Aleera seemed to have a personal feud with Anna, Van Helsing's lover. After Verona's death she kidnaped Anna and demanded Frankenstein's monster as ransom.

Frankenstein's monster managed to kick Aleera from reaching Anna. Later, Frankenstein tried to hold Aleera off as Anna escaped. However, Aleera somehow escaped from Frankentein's grip and proceeded to pursue Anna once again.

In the final battle of the film, Aleera encountered Anna again and almost managed to kill her. She taunted Anna by saying how her blood would keep her beautiful, but suddenly threw a stake to Anna, which she uses to impale Aleera. Aleera gasped in surprise and started shrieking in agony as her body appeared to be boiling. Aleera swelled up until she finally exploded. Anna then remarked to Aleera that if the villainess intended to kill someone, she should have done it quicker rather than boasting about it. 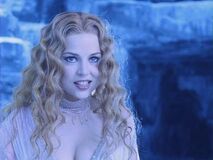 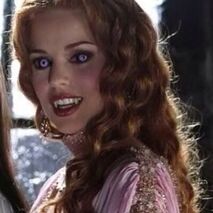 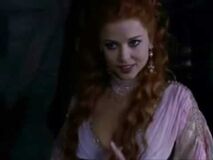 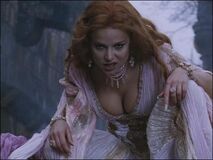 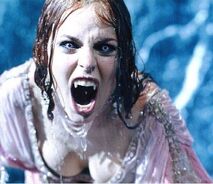 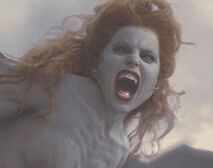 Add a photo to this gallery
Retrieved from "https://femalevillains.fandom.com/wiki/The_Brides_(Van_Helsing)?oldid=204514"
Community content is available under CC-BY-SA unless otherwise noted.