Tess was introduced as a concerned bystander tending to Abby Glas, the teenage daughter of potential Dutch Prime Minister Lana Glas, when her peanut allergy was acting up while she was clothes shopping. She took Abby outside the store, where both of them were abducted by a pair of unknown men, after which they were taken to an undisclosed location. Tess provided assurance for Abby, and later on, Abby witnessed Tess being beaten up and yelled at by her captors.

Eric Beaumont's attempt to rescue Abby resulted in them only getting Tess out, with the nurse stating that the kidnappers demanded a ransom of €2,000,000 within three hours, with threats to harm and kill Abby. Tess was interviewed by Eric and Oliver Yates about her ordeal, which included the abductors making sexist and racist comments about Lana, who was referred to as an ambassador.

While Lana's past as an ambassador was looked into, Tess met with Lana, who stated that she would pay the ransom--which was against her long-standing policy against paying ransoms. Tess informed Lana that the kidnappers would kill Abby if she didn't bring her to Abby alone, while warning Lana not to inform security. When asked if Tess knew where to go, she responded by stating that she knew everything and that they have orders to kill Abby if they don't hear from her, marking Tess' heel turn and reveal as the mastermind behind Abby's abduction. She later ordered Lana to call off her security before taking her to Abby.

It was at that moment that Tess' backstory was revealed. When Tess was four years old, her family was held hostage by terrorists 20 years prior, but Lana--then an ambassador--refused to pay the ransom, as she believed doing so would lead to more criminal activity. As a result, Tess' parents and her twin sister were murdered, leaving Tess spending 20 years wanting revenge on Lana. The twisted villainess found out about Abby's peanut allergy and activated it as part of her plan to abduct her, and it was in the episode's climax that Tess took Lana to Abby, while later pointing a gun at the latter.

In response to Abby's shock regarding the woman she believed to be a fellow victim, the evil Tess explained her true plan: kill Abby in front of Lana so she could experience losing a loved one like Tess did. She also referred to Lana as a hypocrite regarding her decision to pay the ransom, and it was at that moment that Eric arrived with Cynthia Walker (Lana's representative) and managed to talk Tess down from her vengeful rage. Eric stated that Tess' story could help change policies regarding ransoms, and after Tess put down her gun, she was later arrested. 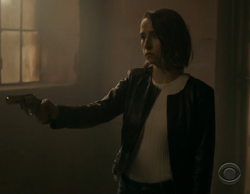 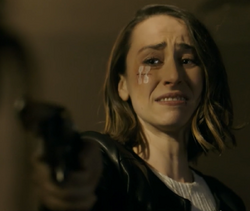 Add a photo to this gallery
Retrieved from "https://femalevillains.fandom.com/wiki/Tess_(Ransom)?oldid=149103"
Community content is available under CC-BY-SA unless otherwise noted.